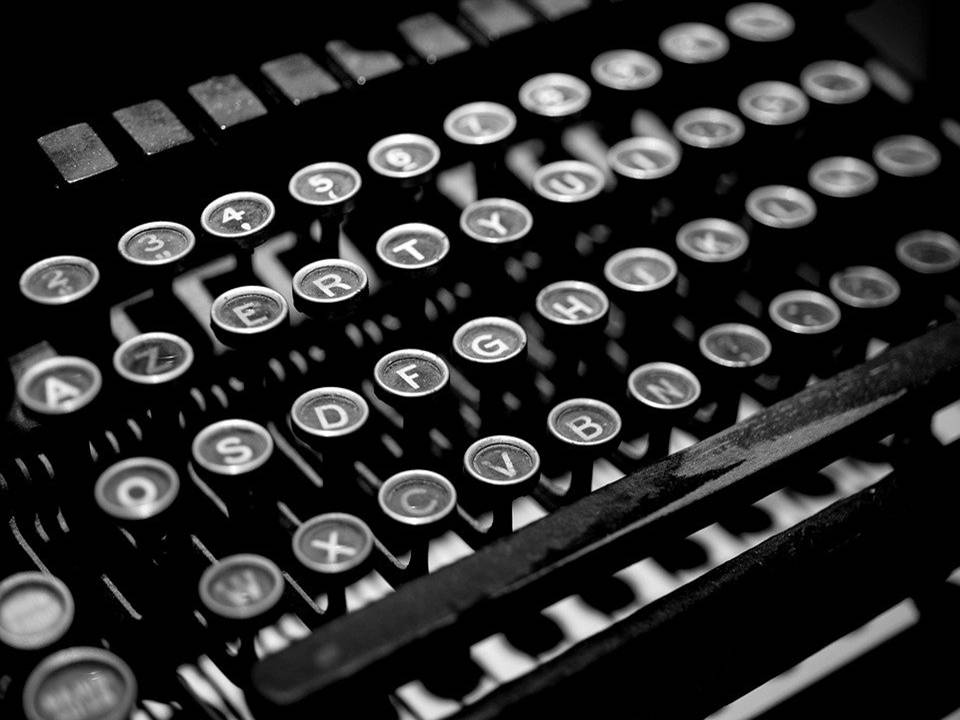 While I Continued to Type

My mother insisted I take a typing course in my senior year at Ocala High School. The typing class was not cool. Typing, like short-hand, was for girls. My mother discounted that thinking, and I enrolled in a typing class.

My fingers are short, and I remember the keyboard was complex. I still find the QWERTY keyboard a mystery. They were designed to separate frequently used pairs of typebars so that the typebars would not clash and get stuck at the printing point. My typing style allowed for type bar clashing.

When we had a typing test, Ms. Emma Smith timed you. I think five minutes, but it seemed like five hours.