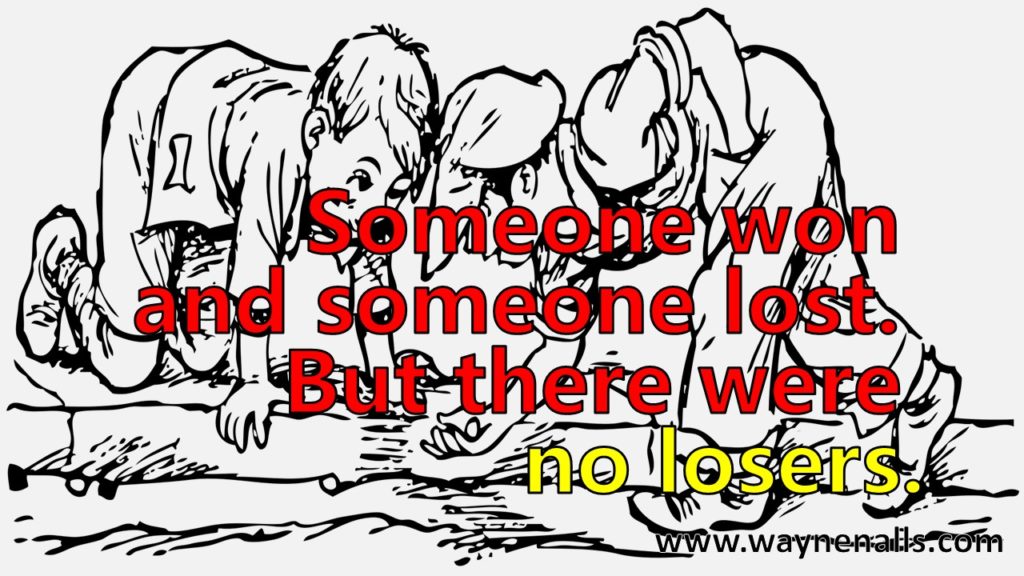 January 22, 2020 – When I was a kid, I used to play (shoot) marbles—sometimes for “keeps” and sometimes for “fun.” You need not have played marbles or even understand how the game is played to guess which version my parents preferred me to play.

All the kids in the neighborhood understood competition. We played to win: football, baseball, horseshoes, cowboys, and Indians. But, when the game, contest, or event was over, and a winner or winners declared, we all were still best friends, buddies. No one lost, and there were no losers. We just moved on to the next competition.

In 2018 it was a technological world. Kids don’t shoot marbles in driveways (you need dirt for the playing field) or play cowboy and Indians across the neighborhood backyards. Today, there is no need for two empty soup cans with a string attached to them to communicate— text or call your friends on your cell.

Time brings change—much of it beneficial. But not all change is positive. Today, many people have adopted the mantra of only playing for keeps and forgotten how to have fun. Today, we often recognize the winner and classify all the other participants as participants? Somehow that doesn’t sound right. If you win, you win. If you don’t win, you lost. You are not a loser, but you lost.

I like the concept of win/win. But, in today’s world, there are “winners,” and there are “losers. Someone won the account; someone else didn’t; one team scored more points than the other side; someone is valedictorian; someone else is attending summer school; someone got promoted. Some people got overlooked.

Our goal should be to work hard and play for keeps. We need the spirit of competitiveness. But, when we’ve given our best, and the game is over, and a winner is declared, WE MUST STILL BE FRIENDS. No person, who offers their best, can be called a loser. We need to move on to the next competition.