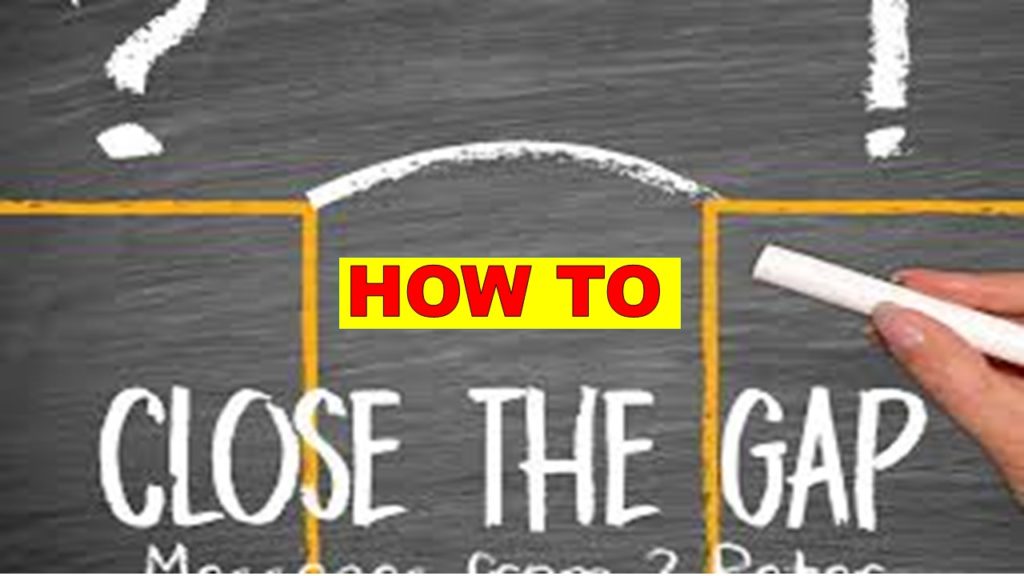 Mankind no longer automatically walks with God because we have the sin nature of Adam. At the first moment of spiritual awakening, we choose disobedience rather than obedience. In this initial contact between good and evil, mankind selects self rather than God. Thus the “fall”— the spiritual gap.

People can close their spiritual gap. Closing the difference is not easy. The good news is that God is in the business of helping us close the gap.

When you identify a spiritual gap, take four action steps to close it.

These four action steps, to closing a spiritual gap, are illustrated in 2 Kings Chapter 6. The sons of the prophets came to the prophet Elisha and explained that they need to expand their living quarters and ask him to go with them to the Jordan River while they build new housing.

Elisha agreed to go. While the workers cut down trees, one of them lost his ax head in the river. The worker fell a tree (doing what he was supposed to be doing), and now the ax head is lost placing him in the position of not doing what he was expected to do. Beginning with verse five, we see the four steps the worker took to return to work thereby, closing the gap.

To eliminate a spiritual gap, people must: acknowledge the gap exists; confess to being the cause of the gap; define where the gap first occurred and take action to close the gap. Once the gap is closed, accept restoration. What is causing your spiritual gap? What steps must you take to close the gap?