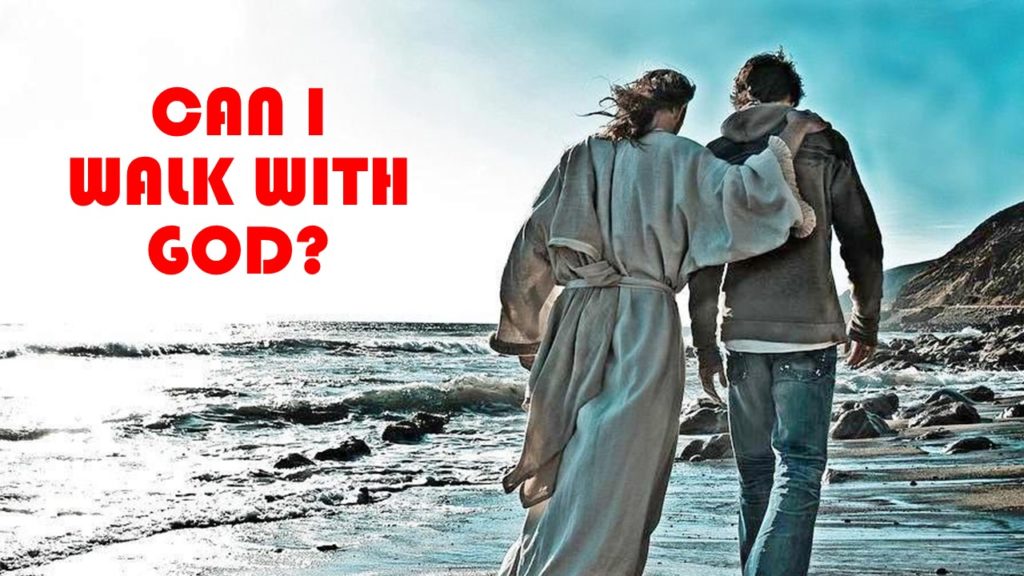 The process of walking with God starts with God, who, through His desire to fellowship with you, comes looking for an intimate personal relationship. God, in the cool of the evening, looked for Adam and Eve. God, in the burning bush, took the initiative in recruiting Moses to join Him in His program to free His people in Egypt. God approached the young boy Samuel in the night to invite Him to walk with Him. God comes to those who are busy doing other things and invites them to walk with Him.

Starting out is Hard

The first steps toward a walk with God are the most arduous, because, most people remain in their current walk. They prefer the familiar, the known over the unknown. People dread change and the unfamiliar.

You focus on a progressive walk not, a walk of perfection. View your spiritual walk as a Progression of steps that steadily close the gap between where you are walking and where you want to walk.

When God looks at you, He isn’t seeing you as you are today, but what you can become, His walking companion. He isn’t looking at your face, physique or skin color. God searches your heart; examining your values. While people view their neighbor the way he or she is, God views each of us as something more. God is like the great coach who understands the athlete in each of his players. The eighteenth-century German poet, Goethe, put it this way, “Look at a man the way he is, he only becomes worse. But look at him as what he could be, then he becomes what he should be.”

Moses was in exile, a fugitive, a murderer, an eighty-year-old keeper of sheep—a shepherd. God foresaw him as a deliverer, a prophet, and lawgiver, author of the first five books of the Bible, military leader, and ruler, of 2,000,000 people.

Samuel was a six-year-old lad separated from his mother and father and apprenticed to the judge, Eli, unfamiliar with God’s voice, without earthly possessions, education or training. He would become the spiritual leader of a nation, the anointer of two kings. Jacob was a conniver, a con artist, a swindler, at trickster; he was to wrestle with God, experience a name change and become the patriarch of the nation Israel

What does God see in you?