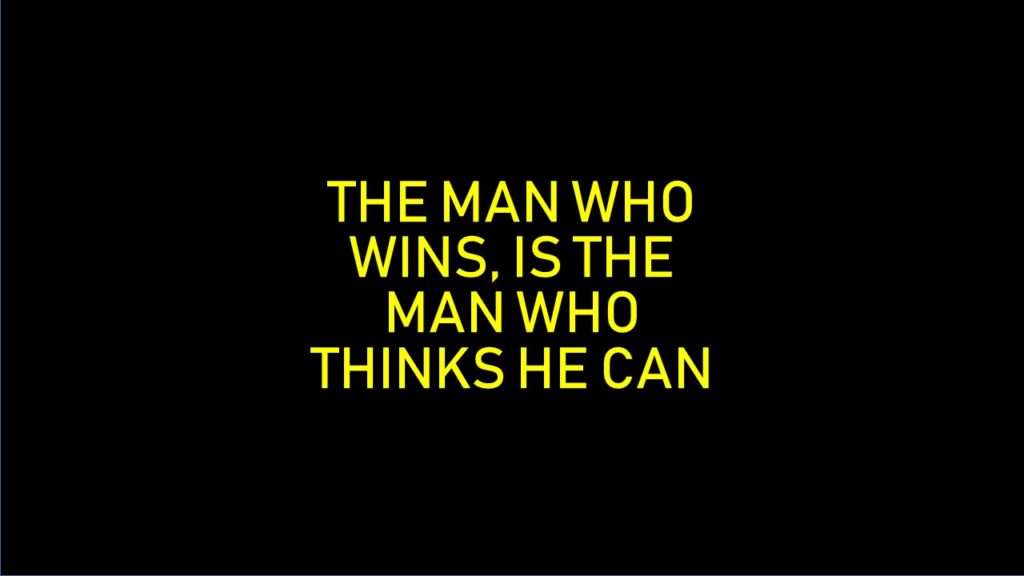 The Man Who Thinks He Can

If you think you are beaten, you are,

If you think you dare not, you don’t,

If you’d like to win, but think you can’t,

For out in the world you find

Success begins with a fellow’s will;

It’s all in the state of mind.

Full many a race is lost

Ere ever a step is run;

And many a coward fails

Ere ever his work’s begun.

Think big and your deeds will grow,

Think small and you’ll fall behind,

Think that you can and you will;

It’s all in the state of mind.

If you think you’re outclassed, you are,

You’ve got to think high to rise,

You’ve got to be sure of yourself before

You can ever win a prize.

To the stronger or faster man,

But sooner or later, the man who wins,

Is the fellow who thinks he can.