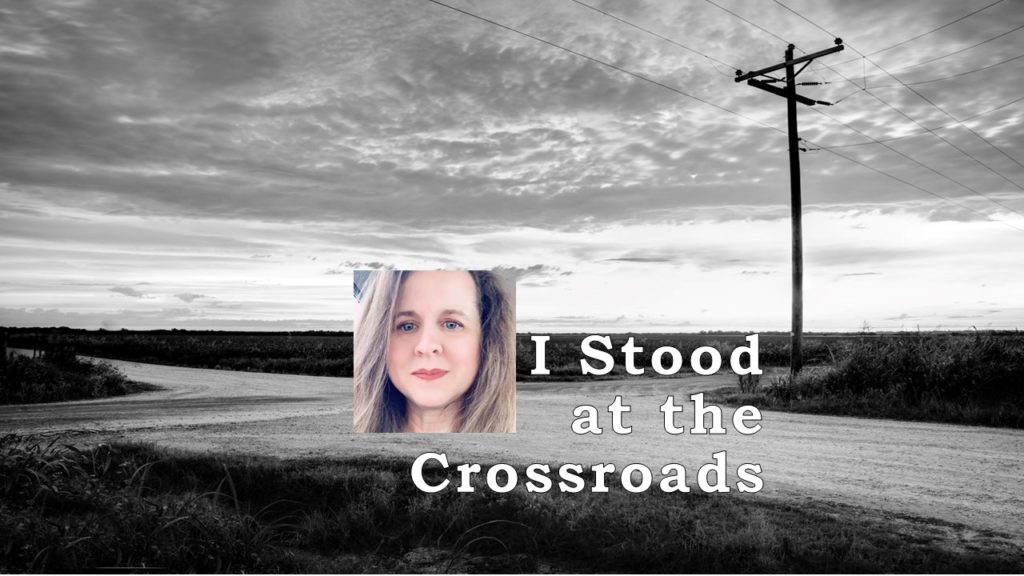 I stood at the crossroads with a storm approaching from so many sides. I had a decision to make and wasn’t sure which direction to go. How do you make a decision on which way to proceed when you don’t know what lies beyond what you can see? As I scanned the landscape hoping to glimpse something that would tell me which way to go forward I noticed a man sitting alongside the road. He looked like he had traveled this way before. I approached him slowly and with some trepidation. Would he be able to help or would I be able to trust what he told me? I just knew I had to find the right way and couldn’t face any more disappointment and shattered roadways.

As I approached him, he smiled and said, “Hello”.

“Sir”, I replied, “Can you tell me what lies beyond the crossroads or which way I should go?”

He stared at me for a while and then began, “funny thing isn’t it standing at a crossroads or on any road for that matter not sure what lies ahead?”

He continued, “You never know how standing at a road can change your life. There was a blind man that stood beside a road calling out for help. One day a man walked along that road on his final journey into a city. The blind man realized who was walking by and cried out for the man to help him. Many around him tried to silence him, but he continued to cry out until the man turned and spoke to him and healed him. The thing about it is if he had let the crowd silence him or had lost his courage he would have lost his chance to see. For you see the man that had the power to heal him was alive but several days more and then was killed.”

I stood there mesmerized at the story the man told. In his story was a blind man that could see even less than I did and yet he knew he had to cry out for help and have the courage to call on the one that could help him.

So, I responded, “I feel like that blind man. Though I can see where I am, I am not able to see the direction I should head in or what I will face.”

He responded, “what did the blind man do?”

“He cried out”, I responded.

“So why is it I have not heard anything from before you approached the crossroads or since you have been standing here for quite a while? In reality, the first words from you came in response to a greeting from a stranger just standing here.”

“But I didn’t see anyone at first and what good what it do to call out into a darkened sky?”

“Is that not the same thing the blind man in my story faced? He had the one chance for the man that could heal him would not pass that way again.”

I realized he was right. I had figured there would be a sign, that I would know where to go. The reality is I was just as blind as the man but I was also less in that I had convinced myself I had no other option or choice.

I looked at the man and said, “to whom did the blind man call out to?”

“Jesus, Son of David, have mercy on me!”

I stood there as tears silently and softly trailed down my face. It is an amazing moment when you begin to “see” the journey from a new perspective.

“Sir, could you please tell me your name so I can thank you properly?”

“And your name sir?”

He smiled and said, “My name is Bartimaeus.”