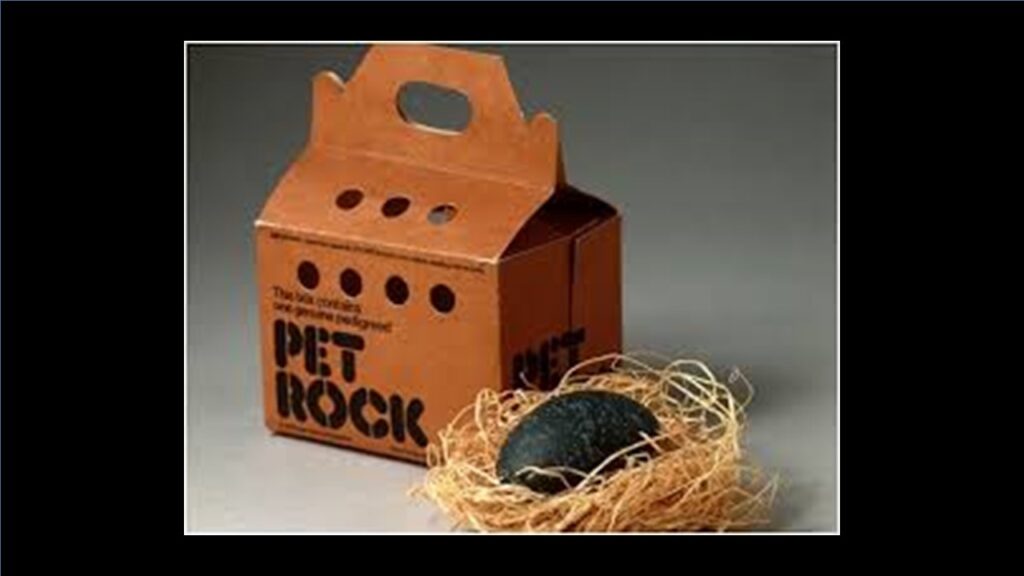 I collect a lot of old things. Including old newspaper clippings, because I find important information in the articles.

Nearly every senior recognizes the phrases of Walk the Dog and Around the World. As a kid, I used to sit in the movie theater and watch Duncan’s men display their dazzling skills with yo-yos. The skateboard, Frisbee, Hula Hoop, Slinky, Ant Farm with ants, and Galicia Ice were just a few of the fads I enjoyed during my childhood.

The classic was the Pet Rock. Gary Dahl was an unemployed copywriter when he got a brilliant idea: he would sell a rock for $4.95. Even though his friends told him it was the stupidest plan they’d ever hear. Nobody was going to pay for something you could find in your backyard. Dahl sold over a million rocks, including the pet rock I bought.

Whether it was Rickie Tickie Stickers or Rubik’s Cubes, I had to have the latest fad because all the other kids had one.