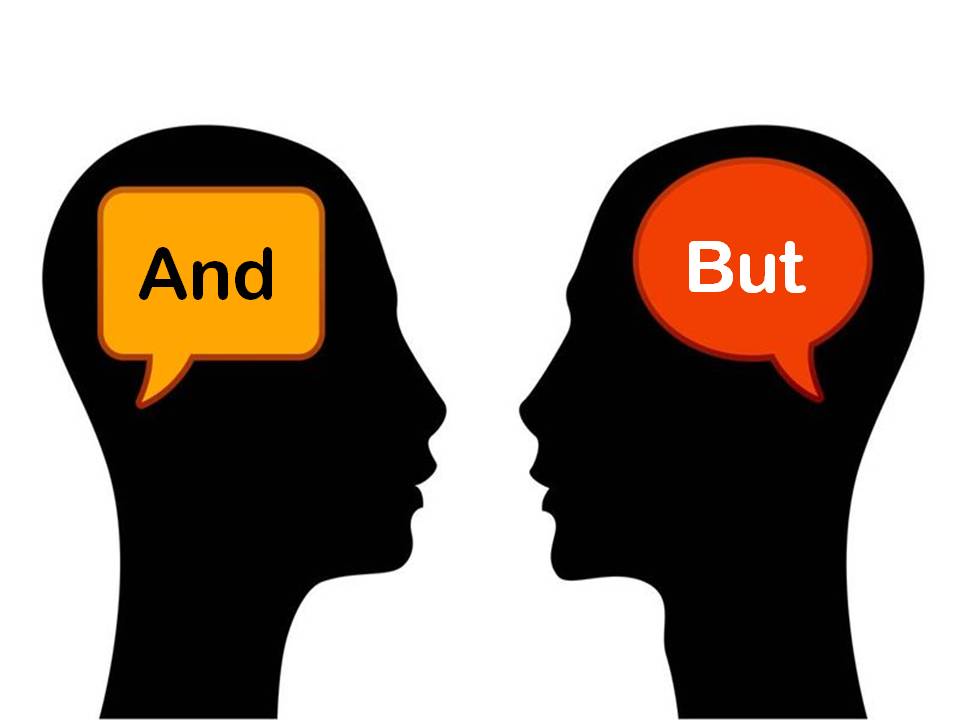 A retired baseball coach told the following story. When I noticed my pitcher was having trouble, I called time out and went to the mound to help him simmer down. We talked about the game was going well and offered a compliment on his ability to operate under pressure. My last advice to him was: “But, whatever you do, don’t throw the batter a high fastball.”

People remember the last words we say, mostly when we speak words of praise. The term “and” connects the praise with the expectations of more. So, why dilute a compliment or praise by inserting the word “but?”

When you use the word, but after a compliment, you say to the other person, “you did less than expected.” The report was good, but it could have been better. “But” connects praise with criticism. Using “and” acknowledges and communicates, I know you can improve.

In the first book of the Bible, God uses “and” thirteen times in the first twelve verses of Genesis, chapter 1. He says, “there is more to come.”

Negative: Managers compliment employees on a report and then say, “but you need to improve your spelling.”

Positive: Managers compliment employees on a report and then say, and I know you will improve your spelling with each report.

Negative: Parents said to their children, that’s a good report, “but.” They are communicating to the contrary your grades, while good, is not good enough.

Positive: Parents said to their children, that’s a good report, “and” communicate the good grades are a sign the best is yet to come.

Acknowledging and releasing yourself from overusing, “but” you are freer to give positive constructive critiques. Where possible, eliminating buts means you won’t say, “but don’t throw a high fastball.”