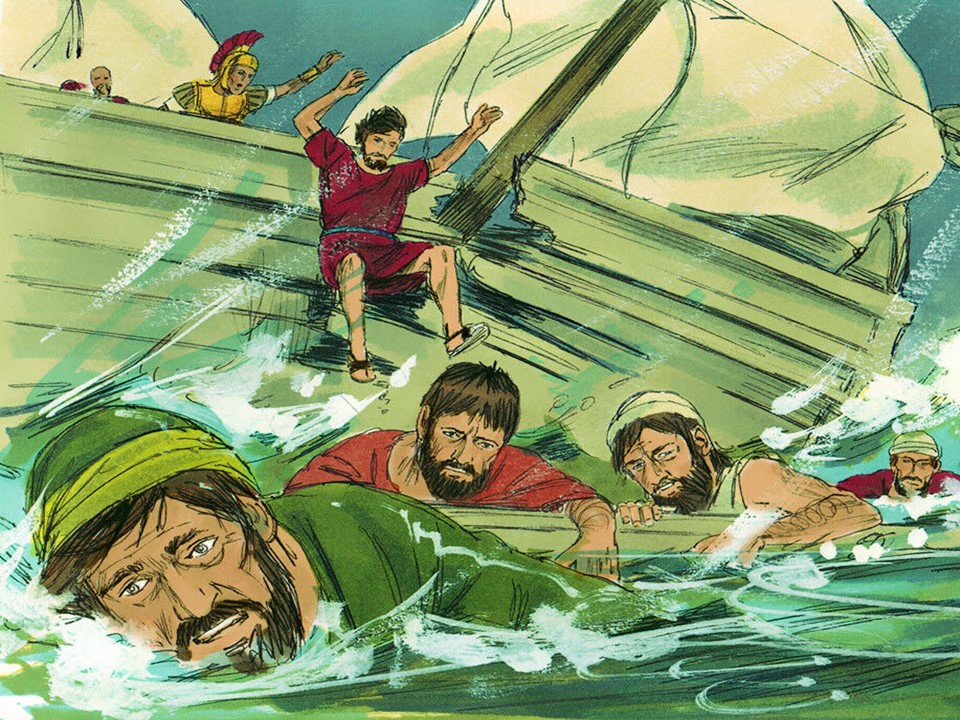 I was desperate for water as I sat in the First Baptist of Church of Merritt Island, Florida.

Yet, 60 years later, I remember the sermon. I sat spellbound, listening to Dr. Adrian Rogers preach an incredible sermon. Today, I still remember its title, “The Salty, Savory Sea.” Dr. Rogers’ sermon was based on the apostle Paul voyage recorded in Acts 27.

In approximately 60 A.D., a ship carrying the apostle Paul and 276 men, and a cargo of grain was shipwrecked off the coast of Malta. Paul was being taken to Rome to be tried as a political rebel.

Scripture says during this ill-fated first-century journey to Rome, the ship was caught in a violent storm. The crew jettisoned the ship’s tackle and cargo, released the lifeboat, and even passed ropes under the ship to hold it together. After 14 days of weather so severe that neither sun nor stars were visible, all seemed lost.

As Dr. Rogers spoke about the crew jettisoning all the cargo, he emphasized the pounding of the salty, savory sea. As he spoke, my mouth became dryer and dryer — I needed a glass of water.

God sent Paul encouragement and a promise that everyone on the ship would survive. God understands our fear. We may feel anxious and afraid of our storms, but if we look to God, He will strengthen and encourage us.

Often, we create our storms by making wrong decisions, and sometimes the storms result from unknown factors. When you are shipwrecked, ask God to save you. You may have to jettison some baggage you are carrying and heed Paul’s advice. Unless we remain on the ship, we cannot be saved. (v. 31)

We can’t always predict life’s storms. But storms will come. Through the power and presence of God, we can navigate through our storms and emerge stronger and bolder in our faith.

Every time I see a product saying, “Sea Salt included,” I take a drink of water.