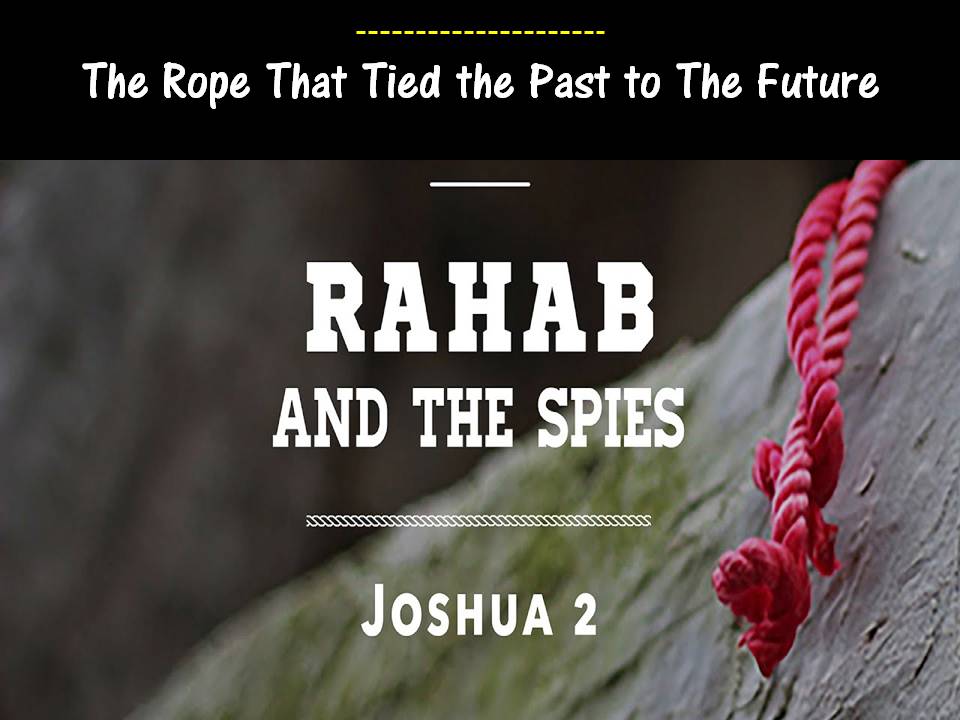 In Biblical times, people used ropes to draw carts, bind prisoners, or haul stones. Rehab, a Jericho city prostitute, used a rope to overcome her past and ensure her future. Rahab was a woman who lived in Jericho in the Promised Land and assisted the Israelites in capturing the city by betraying her people.

The second chapter of Joshua’s book gives the story of the two men sent out by Joshua to spy out the land east of the Jordan (the Promised Land). He instructed them to focus on Jericho.

They entered the city and found the house of a prostitute named Rahab and lodged there. Someone told the king about the intruders, and he sent instructions to Rahab to surrender the men.  Rahab admitted the men came to her house, and they had left before the city gate was closed, and she did not know where they went. She urged the king’s men to pursue them, and you will capture them. Then, Rahab went to where she had hidden the spies on her housetop, under stalks of flax, and told them of the king’s men looking for them.

The story continues in Joshua 2:12-15. “Now then, please swear to me by the Lord that, as I have dealt kindly with you, you also will deal kindly with my father’s house, and give me a sure sign that you will save alive my father and mother, my brothers and sisters, and all who belong to them, and deliver our lives from death.” And the men said to her, “Our life for yours even to death! If you do not tell this business of ours, then when the Lord gives us the land, we will deal kindly and faithfully with you.” Then she let them down by a rope through the window, for her house was built into the city wall so she lived in the wall.” (ESV)

The spies parting words to her were instructions to tie the scarlet cord they gave her in the window they would exit. They held tight to the rope, tied securely inside Rehab’s house; the two men repelled themselves to the ground below. Rahab tied the scarlet cord in the window, unaware it would help overcome her past and ensure a righteous future.

Read Matthew 1:1-16 and discover Rahab shows up on the linage-list of King David and King Jesus.