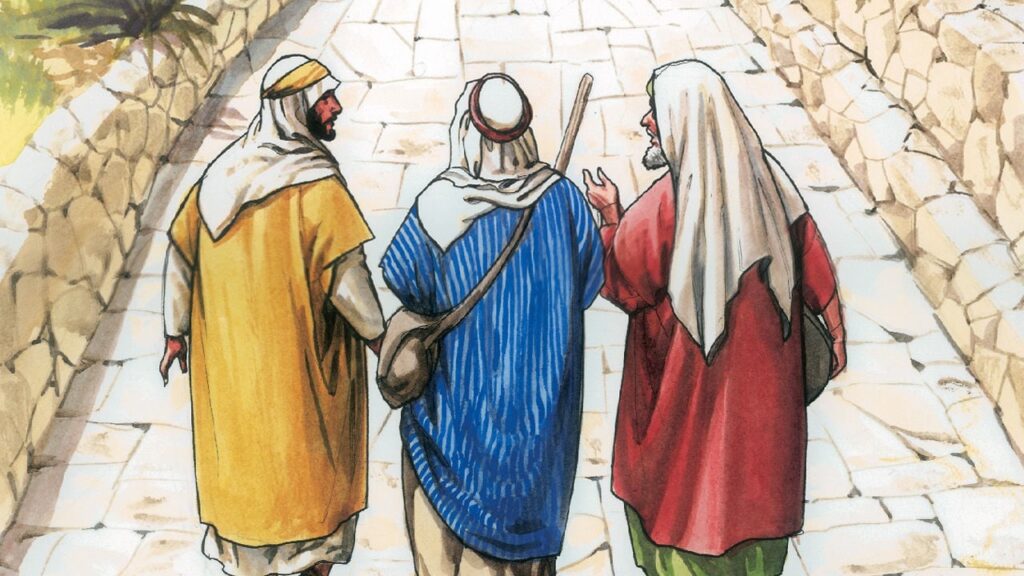 The Road to Emmaus runs west from Jerusalem and is some six or seven miles long. While traveling this road, Jesus reveals Himself to us.

On the first Easter Sunday afternoon, two disciples went west from Jerusalem into the sunset, unknowing that soon they would return to Jerusalem. As they journeyed, they discussed Jesus’ crucifixion three days earlier. Two things about the crucifixion perplexed them:

Soon the travelers were joined by another traveler who asked about the problem they were discussing. Jesus, whom they did not recognize, began to explain the scriptures to them.

“Then beginning with Moses and all the Prophets (meaning the entire Old Testament). He interpreted for them the things concerning Himself in all the Scriptures.” (Luke 24:27).

Jesus reintroduced them to all the prophecies of the Suffering Servant. Even now, the two disciples were so preoccupied with the day’s negative news they failed to see the Good News was walking with them.

When the two men reached the village where they were going, Jesus gave the impression He was going further. Suppose they had let him go on: How often have people let Him go away.

29 But they urged Him: “Stay with us, because it’s almost evening, and now the day is almost over.” So He went in to stay with them. Jesus stands at the door and knocks. But only when invited will He enter. 30 It was as He reclined at the table with them, then He took the bread, blessed and broke it, and gave it to them. 31 Then their eyes were opened, and they recognized Him, but He disappeared from their sight. The revelation was complete.

All believers travel the Road to Emmaus. Some disappointed and disillusioned, others to ponder and contemplate, others earnestly seeking answers. The risen Lord wishes to reveal Himself to all travelers. But just as with the two disciples on the original road to Emmaus, Jesus awaits an invitation. Travelers on the Road to Emmaus who invite Jesus to continue fellowship are rewarded with revelation and step forth to the next road — The Road to Damascus.