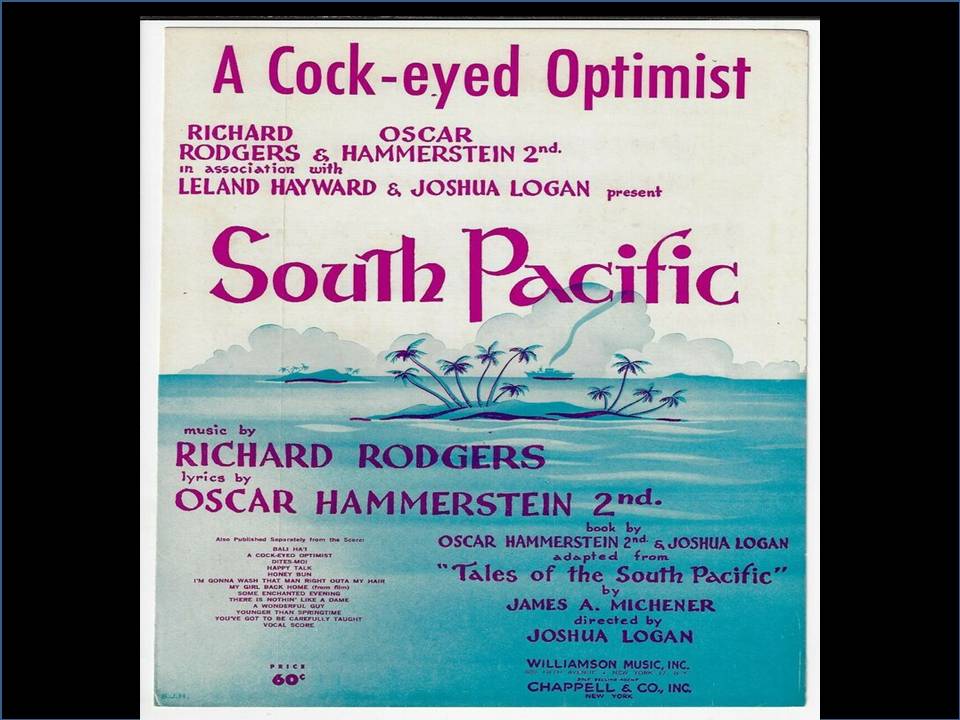 In the mega-hit Rogers and Hammerstein musical, South Pacific, the leading lady, Nellie, sings “A Cockeyed Optimist”. This song contains the memorable optimistic words, “I’m stuck like a dope on a thing called hope.” While we may think of a “dope” as a simpleton or stupid person, the message is not from a dim-witted individual. This is no half-empty glass philosophy.

People can learn a lot about personal success from this great Broadway play and later box-office hit. Like Nellie, happy people are optimists. A true optimist believes in their ability to produce the best outcome. They use their abilities to optimize, to add water to the glass, and, thereby, make it more than half full. An optimist sees opportunities, acts positively to remove the pessimism engendered by obstacles, and expects to be victorious.

For many people, negativity is a natural and first reaction to problems. Their intuition tells them that this is what they should expect. Instinct urges them to accept what they deserve. My experience is that negative people too often have the motto, “What is, is.” This type of acquiescence leads to accepting negative situations as a part of one’s lot in life and just another link in the chain of failure.

A positive performance begins with an optimistic attitude. Get stuck on hope and you will succeed.