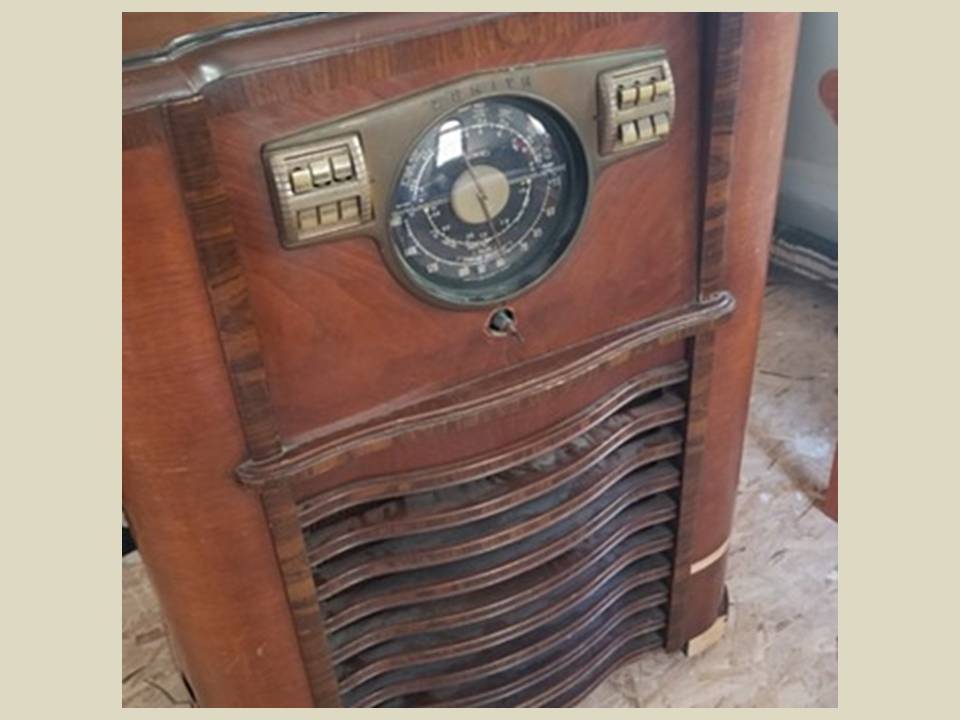 The 80-year journey with this radio brings back memories. The radio has a short wave band, and I remember listening to the BBC in London, ship-to-ship radio conversations, and the Grand Ole Opera on WSM in Nashville.

My two favorite memories were listening to The Lone Ranger sponsored by Merita Bread. I sent many logos to Battle Creek, Michigan for silver bullets, decoder rings, and the famous black mask. I believe Battle Creek was the first out-of-state town I knew.

My second best memory listening to ham radio was the operators and their classic call: CQ 20 meters. That meant the caller was attempting to connect with any other ham operator. QSL was a response used by ham radio operators that say I received the response. The term QSL is the CB equivalent of Ten-four (10-4).

I wanted to a ham operator, but though I memorized the Morse code, I could not distinguish between the dits and the dahs. My dream of getting a Ham-operator’s license was never realized.

My father surprised the family when in the late 40s, he bought a small turntable to sit atop the radio and play the recorded music through the radio speakers. I recall the first recorded song I heard, “Cool Water,” by the Sons of the Pioneers. I still have that 45rpm record.

The best thing I can say about my antique radio is, I have a cell phone, laptop, digital camera, and a 50-inch HD Television, but, together, they don’t equal the memories of my Father’s old radio.