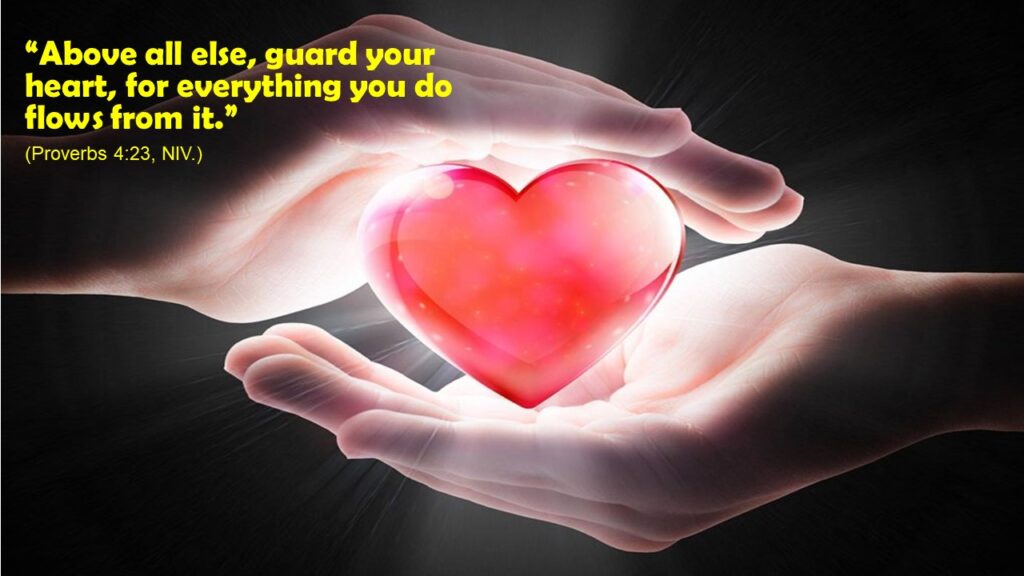 Scripture says, “The Lord does not look at the things man looks at. Man looks at the outward appearance, but the Lord looks at the heart.” 1 Samuel 16:7b. According to the Bible, the heart is the center of spiritual activity and all the operations of human life.

God directed the prophet Samuel to go to the house of Jesse and anoint a new king because Israel’s first king, Saul, no longer obeyed Him.

After looking at Jesse’s six sons, Samuel asked if there was yet another son, and he requested that the youngest boy, David, come before him. Samuel was sure none of the six sons fit his description for the new king.

God showed Samuel not to judge a book by its cover. The cover doesn’t reveal the true story of the book. Neither does appearance tell what people are like. God alone can see into the depths of anyone’s heart, including yours. What God saw in David’s heart pleased Him, and He chose this young man over his older six brothers to be the next king of Israel.

It’s the heart that God tells us to “Guard your heart above all else, for it is the source of life.” (Proverbs 4:23). The heart is the innkeeper of our values, and values produce behavior. Because the Spirit of the Lord was his heart, David’s actions resulted in him slaying the giant Goliath with one stone from his slingshot.

The organ that controls our spiritual activity and the operation of human life must be pure.  My prayer is for God to change and transform my heart continually so my actions flow out of a pure heart.

This quote by Shannon Hale, an American author, sums up this article. “I have often learned that you never judge a book by its cover. Like people, it is the inside that counts.”