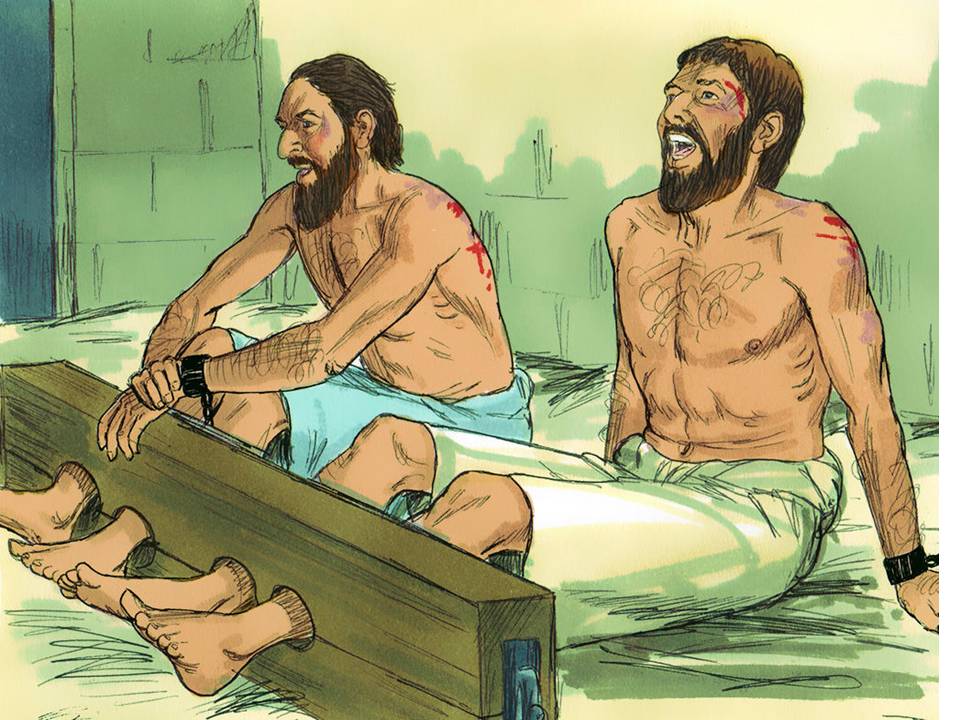 Of the two time designations, I like the night the least. Nighttime doesn’t work for me. Guess my dislike for the night began the night I was born at home. When they turned out the lights home. When they placed me in the crib, my mother said everything was fine. but I would scream, turn on the light, and calm down when they cut out the light. After several tries, they finally left the light on, and we all slept.

This fear of the darkness remains with me eighty-years later. My belief is no man dares to approach darkness unless he has hope. It’s hope that allows us to find light in the dark while we await daytime.

Occasionally, everyone, including Saint Paul, has a dreadful night. The day Paul arrived in Philippi, he unaware of what the next few days held. He was in Philippi because of seeing a night vision of a Macedonian man pleading with him too, “Cross over to Macedonia and help us!”

Acting on God’s command, he sailed from Troas to Philippi in Macedonian. Once there, Paul baptized a woman named Lydia and her household. He released a spirit from a slave girl who was prophesying for her owners. When they saw their hope of profit had vanished, they seized Paul and Silas.

20 Bringing them before the chief magistrates, they said, “These men are seriously disturbing our city. They are Jews 21 and are promoting customs that are not legal for us as Romans to adopt or practice.” 22 Then the mob joined in the attack against them, and the chief magistrates stripped off their clothes and ordered them to be beaten with rods. 23 After they had inflicted many blows on them, they threw them in jail, ordering the jailer, (a retired veteran Roman soldier) to keep them securely guarded. 24 Receiving such an order, he put them into the inner prison and secured their feet in the stocks.” (Acts 16:20-24, HCSB)

Judged by any standard, Paul had a dreadful night, but this darkness was only the problem before the miracle.

We all have bad days and often feel mistreated. Hang on and sing. The miracle is coming.