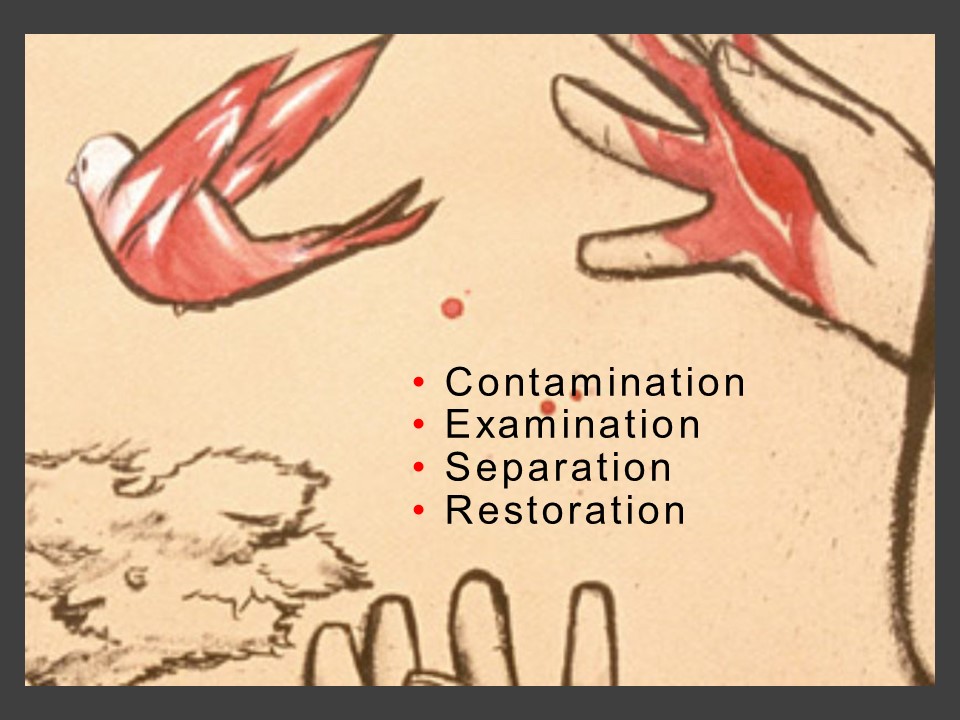 Every Sunday, a retired pastor conducts worship service at our senior living facility. Today, his sermon subject was Jesus and his healing of the leper from Matthew 8:2-4. He used four words as his outline.

Contamination. During Jesus’ time on earth, leprosy was a feared skin disease and highly transmissible.

Examination. If a Jew showed signs of the possibility of having leprosy, they brought him or her to a priest to diagnose and isolate the patient, and only the priest could make that decision.

Restoration. After a period, lepers could return to the priest for reexamination. If the priest saw a clearing of leprosy, the individual was to be declared clean of the disease. If healed, a thanksgiving offering was required. The former leper brought two live birds to the priest, who took one of them and killed and poured its blood into a bowl. He then took the second dove and washed it in the first dove’s blood. Next, the priest took the live bird outside and released it.

The killing of the first dove and the washing of the second dove in the first dove’s blood is an excellent illustration of Jesus giving his blood, so we might be washed in that blood and released from our sins.