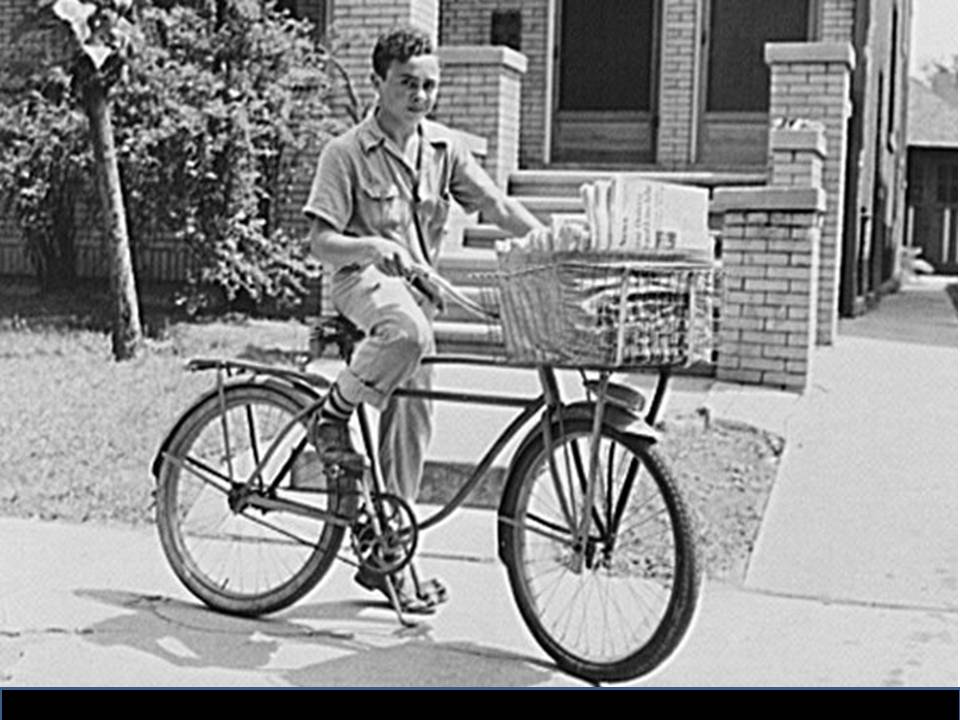 We all have jobs we like or dislike. It can be a well-paying career or a low-paying job, and it doesn’t depend on the pay. All the little things are important, including the potential the job offers.

When I was a kid, I had a newspaper route. I earned a little more than the 40 cents an hour minimum wage. They based my earnings on the number of papers I delivered. It wasn’t until eleven years later (1956) that the minimum wage was one dollar an hour.

After school, I rode my bicycle delivering papers and made my rounds on Saturday, collecting for the papers I delivered. That was enough money to pay for my Schwinn Green Hornet bicycle and pay for the movie show on Saturday afternoons.

With the arrival of television in the 50s, the decline in newspapers began as the source of most people’s news. With less newspaper circulation, there was less need for newspaper delivery. Today, the internet provides people with up-to-date news as it occurs.

I miss the smell and sounds of the printing room, rolling the papers and binding them with twine, throwing the papers, and then meeting my customers on Saturday morning as I collected for the past weeks’ papers. I was an entrepreneur in those days.

Kids can’t do that today—and not just because the newspaper boy jobs are gone—today, we employ many kids and some adults for an average minimum wage of $12. Technology has replaced many manufacturing workers, and lack of skills and expertise combine to force former well-paid people to search for lower-paying jobs—none with a newspaper publisher.

The thrill I experienced as a newspaper delivery boy is gone, but opportunities exist for the worker willing to pedal faster, collect what’s due him/her, and give their customer more than they expect.