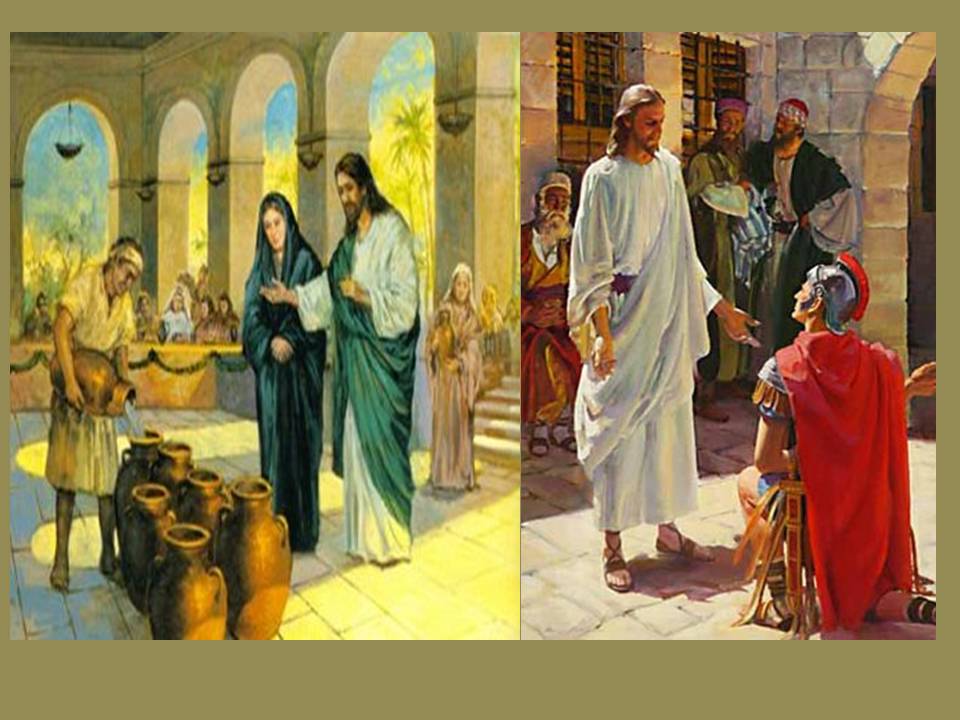 When I think about the first two miracles of Jesus, they remind me of important lessons about some conditions for me receiving a miracle from Jesus.

The first miracle Jesus did was when He changed the water into wine at the wedding in Cana. His act saved a newlywed couple from the embarrassment of not having enough wine for their guests. The miracle touched people and solved a problem for them. It is essential to note in doing so, Jesus only gave instructions to others to carry out His orders.

The second miracle occurred when Jesus returned to Cana of Galilee, where He had performed His first miracle. Scripture says, “There was a certain royal official whose son was ill at Capernaum. When this man heard that Jesus had come from Judea into Galilee, he went to Him and pleaded with Him to come down and heal his son, for he was about to die. “

“Go,” Jesus told him, ‘Your son will live.’ “The man believed what Jesus said to him and departed. While he was still going down, his slaves met him, saying that his boy was alive. He asked them at what time he got better. ‘Yesterday at seven in the morning, the fever left him,’ they answered. The father realized this was the very hour at which Jesus had told him, ‘Your son will live.’ Then he believed, along with his whole household.” (John 4:46-53, HCSB)

Few stories in the New Testament show us more significantly what we must do to receive a miracle as these two stories.

We must bring our problem to Jesus. Whether you believe Jesus is in Heaven or right beside you, proximity to the Savior has no effect on His ability to produce miracles. In the water to wine story, Jesus was at the wedding in Cana and did His miracle. The royal official’s son was 20 miles away in Capernaum, yet Jesus healed him.

We must believe Jesus can perform the miracle. When we are in need, we must eliminate all doubt as we bring our need to Jesus.

When we receive His directions, we must follow them as given. Jesus said to the servants, “Fill the stone jars with water,”; “so they filled them to the brim. Then he told them, “Now draw some out and take it to the master of the banquet.” The water was now wine. Jesus’ direction to the royal official was to “Go,” Jesus told him, “Your son will live. And the son did.”

Because of the water to wine transformation, the bride and groom and wedding guests experienced joy. When the royal official’s son was healed, the father and his family believed.