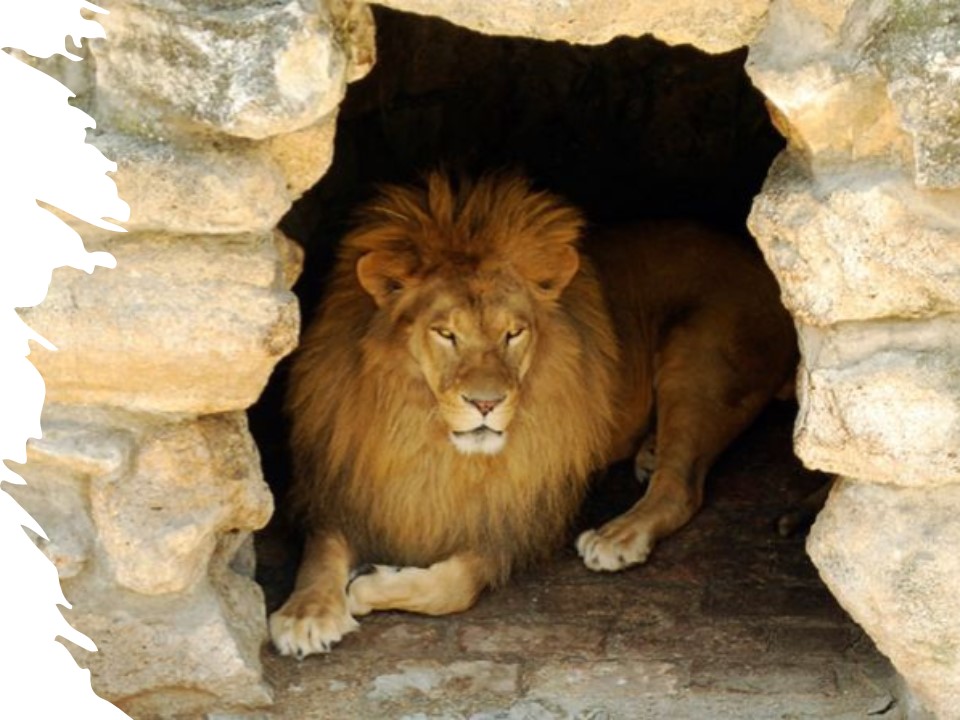 My youngest granddaughter loves the 2019 Walt Disney musical film, Lion King. She watches the movie over and over. She also loves the book version of Lion King.

Lions? We know the lion is the king of the jungle. What most people don’t know is Lions do not live in dens. Instead, they live under shady trees. It’s when the pregnant lioness is ready to give birth, that she finds shelter in a den or lair.

While lions usually hunt at dusk and spend most of the day resting and sleeping. The prophet Daniel wasn’t interested in lion facts. He was in a den with several furious lions.

Daniel was a follower of God, living in a world of ungodly people who did not trust God or fear Him. His jealous rivals trick King Darius the Mede into issuing a decree that for thirty days no prayers should be addressed to any god or man but Darius himself; anyone who breaks this is to be thrown to the lions.

Daniel continued his praying and trusted God over disobeying Darius, even if it meant death. And God saved Daniel because he obeyed God’s law and was faithful to Him.

The lions’ den symbolized Daniel’s captivity in Babylon, where God protected and sustained him because of his faith. You might endure your own personal “den of lions” but remember that in your circumstances, don’t put your focus on your situation but on God, who is the Supreme Protector.

I find the name Daniel interesting. It means “God is my judge.” Even if your name isn’t Daniel, God is your judge.