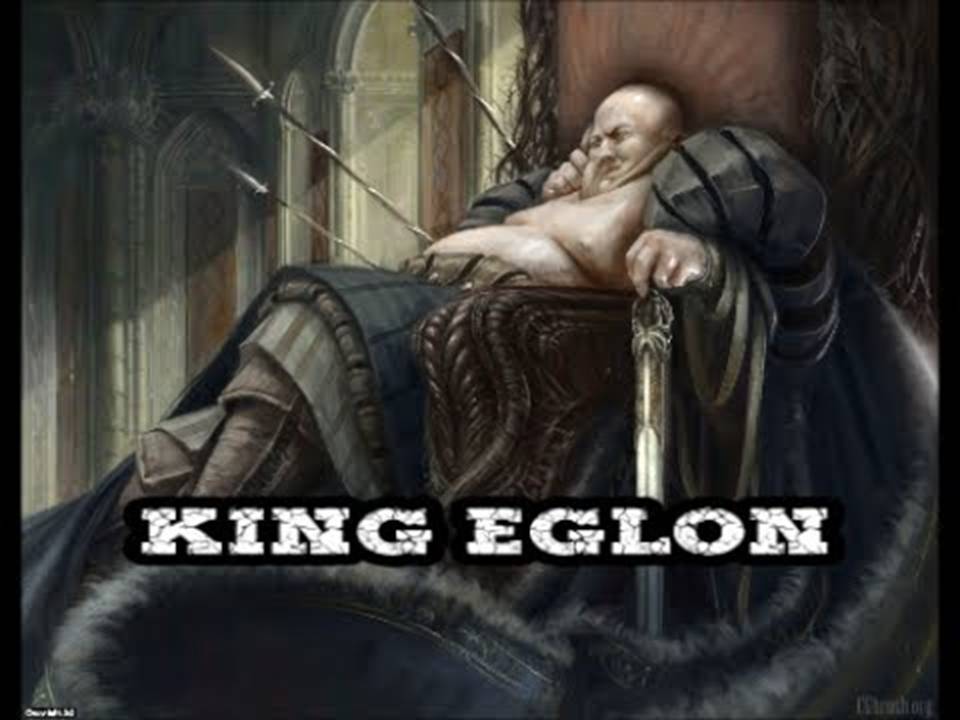 Years ago, I took a physical as part of my pre-employment. The doctor’s written report said I was obese, not fat. Either diagnosis is terrible. I took the doctor’s advice to lose weight and exercise.

There’s a king in the Old Testament who should have followed these directions and lost weight. He is Eglon, king of Moab. One day during the reign of Eglon, an Israelite named Ehud came to present a customary tribute.

The Bible says Ehud had made a double-edged sword, which he strapped to his right thigh under his clothing. Ehud was left-handed. He visited the king to present the tribute to Eglon, who was a very obese man.

The book of Judges, in the Old Testament, picks up the story in chapter 3 verse

18 After Ehud had presented the tribute, he sent on their way those who had carried it. 19 But on reaching the stone images near Gilgal, he went back to Eglon and said, “Your Majesty, I have a secret message for you.”

The king said to his attendants, “Leave us!” And they all left.

“20 Ehud then approached him while he was sitting alone in the upper room of his palace and said, “I have a message from God for you.” As the king rose from his seat, 21 Ehud reached with his left hand, drew the sword from his right thigh, and plunged it into the king’s belly. 22 Even the handle sank in after the blade, and his bowels discharged. Ehud did not pull the sword out, and the fat closed in over it. 23 Then Ehud went out to the porch; he shut the doors of the upper room behind him and locked them.”

After Ehud left, the king’s servants came and found the doors of the upper room locked. They secured a key and unlocked them. There they saw their king on the floor, dead. (Judges 3:18-23, NIV)

Ehud used his perceived weakness (being left-handed) to accomplish his goal. Allow God to show His power. In what you view as a weakness, He sees an opportunity to use you to further His Kingdom.