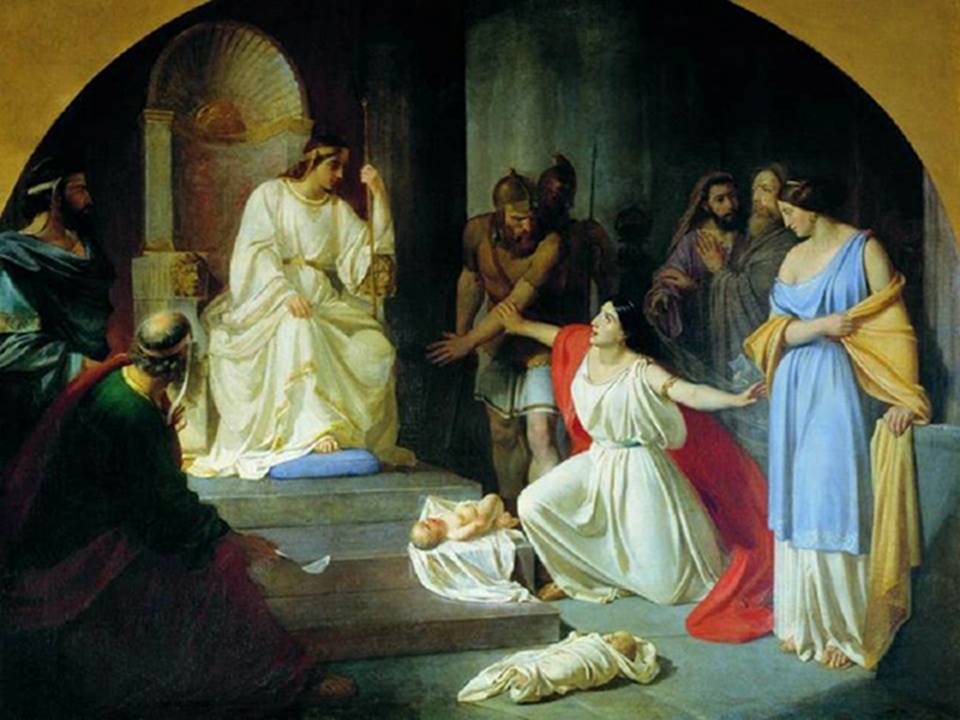 “It’s not hard to make decisions when you know what your values are.” —Roy Disney

Making decisions is a part of life, a part of life that many don’t enjoy. But sooner or later, we have to stop procrastinating and decide. Scripture gives an excellent example of how good values determine a good outcome.

In 1 Kings, chapter three, King Solomon’s wisdom and decision-making skills are shown in the story in which Solomon made the correct decision when he ruled between two women, both claiming to be the mother of a child.

Two mothers are living in the same house, each the mother of an infant son. One of the babies had been smothered, and each mother claimed the remaining boy as her own.

One mother is telling the truth; the other is lying.

Solomon offered a comprise and called for a sword and declared the living baby would be cut in to, each mother to receive half, knowing the love of the birth mother would not want her baby killed

Instead of two dead babies, the real mother received her baby unharmed. This was no compromise; there was no “splitting the baby.” Most solutions don’t require harsh outcomes when based upon your values.

A necessary prerequisite for making a good decision is good values. There are several ways to make decisions for people who want to make good choices, but good values, not the evidence alone, determine good decisions.