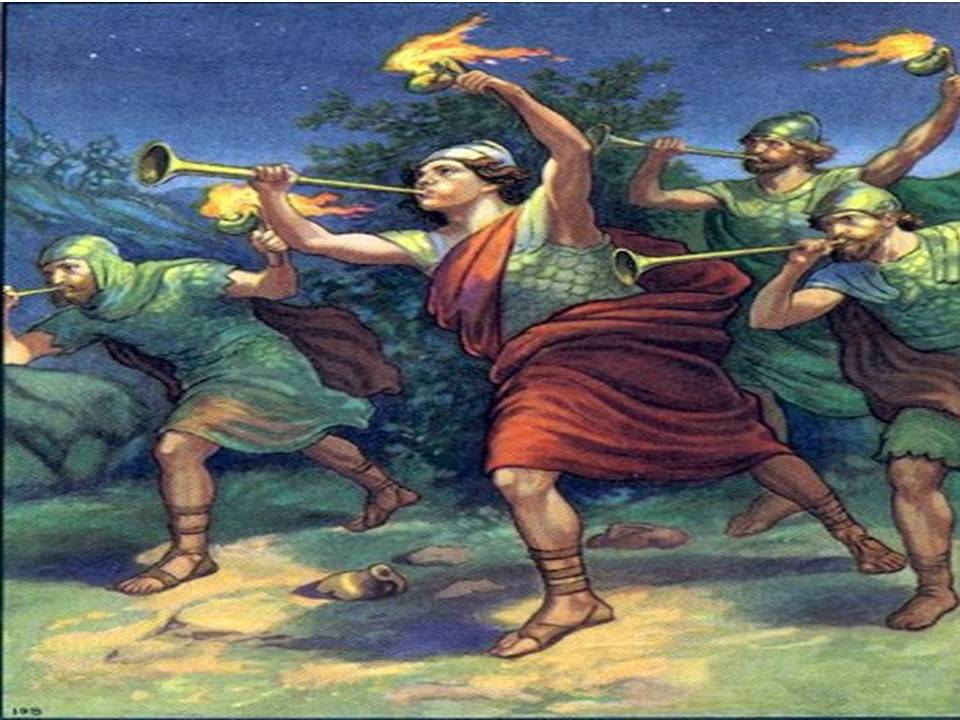 There is an account in Judges 7 that precedes the second coming of Christ. It is the story of Gideon’s defeat of the Midianites, and it has many similarities to Christ’s second coming. Gideon, a farmer, turned military leader, and Christ, a carpenter messiah, delivers their people.

God appointed Gideon to free his people from the oppressive Midianite oppressors. Gideon equipped his soldiers with trumpets and empty jars in which they placed lighted torches. Under cover of darkness, Gideon put his soldiers around the Midianite’s camp. Gideon and his men blew their trumpets and smashed their jars, shouting, “A word for the Lord and for Gideon (Judges 7:20). Surprised and surrounded by noise and with the flickering lamps, the enemy fled.

Unlike Gideon’s prequel, which occurred in the covering of darkness, Christ’s second coming is glorious. Every human on earth will see the event (Revelation 1:7). Jesus Himself describes the manner of His coming. “For as the lightning comes from the east and flashes as far as the west, so will be the coming of the Son of Man. (Matthew 24:27, HCSB). Verses 30 and 31 of the same chapter describe Jesus coming, “Then the sign of the Son of Man will appear in the sky, and then all the peoples of the earth will mourn, and they will see the Son of Man coming on the clouds of Heaven with power and great glory. He will send out His angels with a loud trumpet, and they will gather His elect from the four winds, from one end of the sky to the other.

Jesus returns with power and great glory and with the sound of a great trumpet. People are caught by surprise. Many will flee, but the righteous are caught up and transported to Heaven, where a place is prepared for them. John 14:1-3 explains, “Your heart must not be troubled. Believe in God; believe also in Me. In My Father’s house are many dwelling places; if not, I would have told you. I am going away to prepare a place for you. If I go away and prepare a place for you, I will come back and receive you to Myself, so that where I am you may be also.”