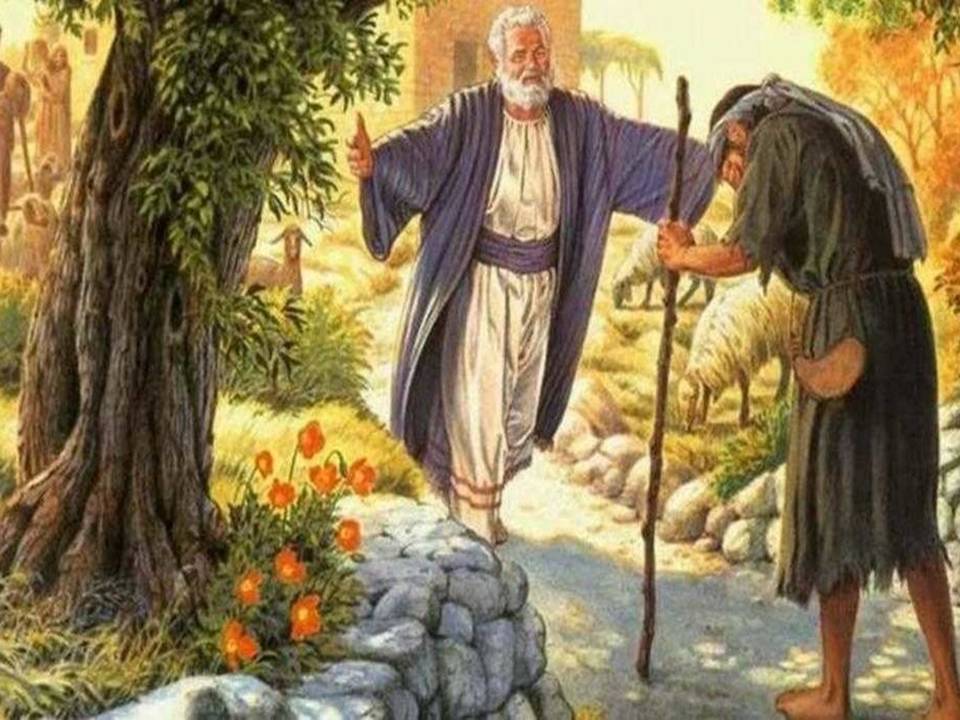 The Prodigal Son is a story about a man with two sons, and the younger of them asks his father to give him his share of the inheritance ahead of time. According to the Old Testament laws in Deuteronomy 21:1, the youngest son would only receive one-third of the father’s estate. The inference is the son could not wait for his father’s death for his inheritance; he wanted it immediately.

Though the son’s unconventional behavior was highly insulting to the father, the father agrees and divides his estate between both sons as a matter of tradition. Then the younger son took his inheritance and set off for a distant country, and there he quickly squandered all his wealth on frivolously living. The son went from living the high life to the low life.

Scripture says, “After he had spent everything, there was a severe famine in that whole country, and he began to be in need. So he went and hired himself out to a citizen of that country, who sent him to his fields to feed pigs. He longed to fill his stomach with the pods that the pigs were eating, but no one gave him anything.” (Luke 15:14-16, NIV)

From his arrogance of demanding his father give him his inheritance, he was reduced to working in a pig pen feeding pigs, the depth of humiliation, since pigs were deemed unclean according to the Old Testament dietary laws.

Realizing he was reduced to eating food for the pigs, he thought of his father and home. He knew his father’s servants were fed well and had shelter at night. Swallowing his pride, the wayward son came back home.

The cause of the sons leaving was greed, envy, and jealousy. His father accepted him with open arms and forgave him, and throws a large welcome home party complete with the gift of a robe, a ring, a pair of sandals, and the choicest of the fatted calves.

The older son was outraged; he was angry that his father had gladly welcomed his younger brother back into the family. He thought his brother should be disowned and not allowed to return as part of the father’s family. It fills the older brother with anger, saying, “Look! All these years, I’ve been slaving for you and never disobeyed your orders. Yet you never gave me even a young goat so I could celebrate with my friends. But when this son of yours who has squandered your property with prostitutes comes home, you kill the fattened calf for him!” (Luke15:29-30, NIV)

In Luke 15:31-32, the father tells the oldest son why he is rejoicing: “’ My son,’ the father said, ‘you are always with me, and everything I have is yours.” But we had to celebrate and be glad because this brother of yours was dead and is alive again; he was lost and is found.’”

Would you have disinherited the son? Would you turn your back on your brother? Are you willing to return to Jesus and ask for forgiveness? Each person is precious to God, who celebrates the return of one who is lost.

What is your reaction to the responses of the three characters? What lesson do you learn from this story? What is the next step to implementing your ideas? Why do you tarry in giving forgiveness when God forgives you?