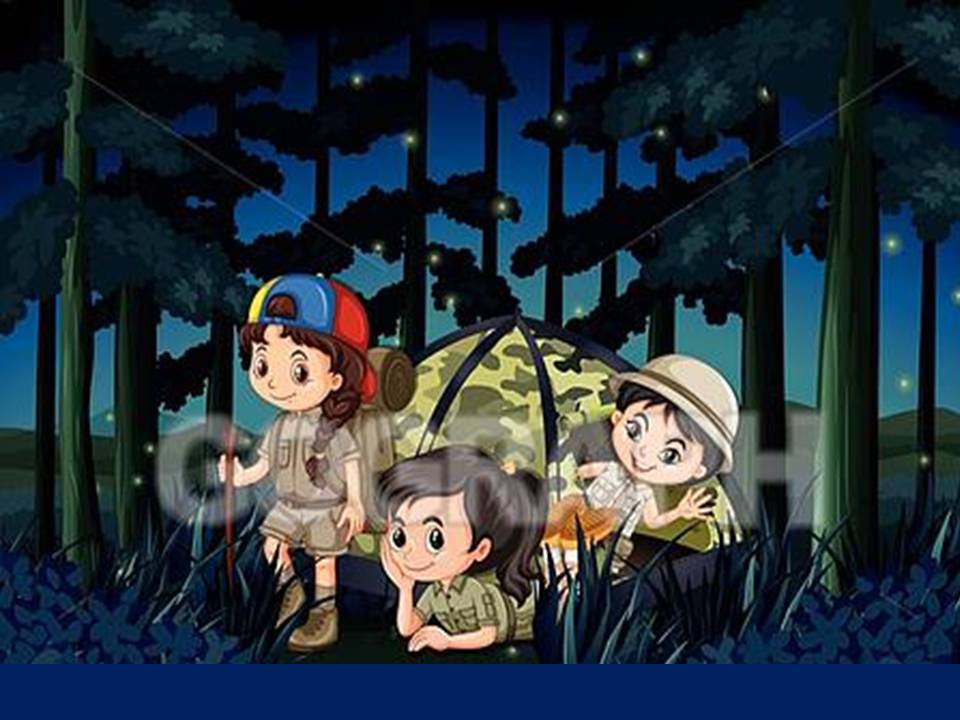 While I was thinking about the Biblical story of a young man who camped out and during the night had a remarkable experience of seeing a ladder descending from Heaven. The story reminded me of my first camp out, although there wasn’t a ladder; I still experienced the dark of the night.

It was 1950, and I, my younger brother, and another 9-year-old boy in the neighborhood slept outdoors in my backyard. At nightfall, we bedded down using some blankets, built a small campfire, and looked at the setting sun. The dimmer the fire became, the darker the night became. We were startled at the number and variations of sounds we heard, many of which we had never heard.

As it became darker, we told fewer ghost stories. As the flames of the fire died, our friend’s mother called for him to come home. Now, the fearsome three became the frightened two. Soon the fearless two packed up went inside.

Genesis chapter 27 tells the story of Jacob, who stole his brother Esau’s birthright and blessing. When his mother, Rebekah, learned of Esau’s intent to kill his brother, she sends Jacob away from Canaan.

On his first camp out as the sun sets, Jacob, tired from the day’s travel and alone, rests for the night. He used a rock for a pillow and quickly went to sleep. At some point, in the night’s dark, Jacob dreamed of a ladder set up on earth and reaching to Heaven. On the ladder, Jacob saw angels traveling up and down, making their way from Heaven to earth and back again.

The twenty-eight chapter of says, “13 The Lord was standing there beside him, saying, “I am the Lord, the God of your father Abraham and the God of Isaac. I will give you and your offspring the land that you are now sleeping on.

14 Your offspring will be like the dust of the earth, and you will spread out toward the west, the east, the north, and the south. All the peoples on earth will be blessed through you and your offspring.“

In my camp out experience, I “saw” things lurking in the dark and heard strange sounds. Jacob saw a ladder connecting Heaven and earth, and at the top of the ladder, he heard God speak 15 Look, I am with you and will watch over you wherever you go. I will bring you back to this land, for I will not leave you until I have done what I have promised you.”

At the end of every day, we know prayer is our ladder connecting Heaven and earth. You can pray anywhere, even in a backyard camp out.