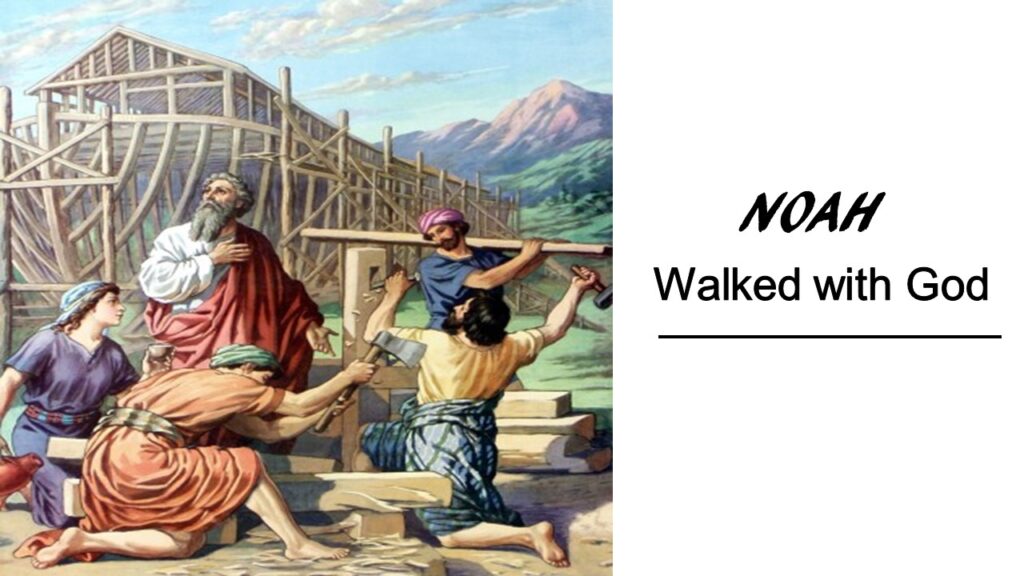 Another man of faith who had the honor of walking with God was Noah. The Old Testament describes Noah as a righteous man who lived in a close, personal relationship with God. The Bible records the records of the generation of Noah. Noah was a righteous man, blameless in his time; Noah walked with God (Genesis 6:9).

These are the characteristics of Noah that allowed him to walk with God.

Scripture says that after Noah had finished building the ark, God commanded him to “Enter the ark, you and your family; for you alone, I have seen to be righteous before Me in this time” (Gen. 7:1). Through his life of goodness and holiness, Noah saved himself, his family, and two of every living creature upon the face of the earth from the Flood. Because Noah walked with God before the Flood, he would walk with Him after the Flood.

The crucial question is are these your values?