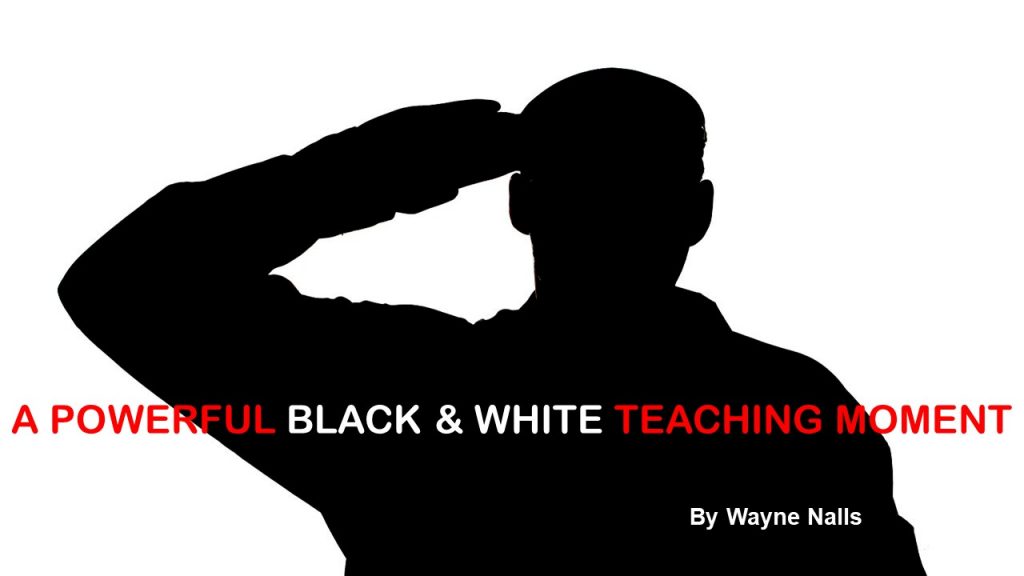 Of all the things I could write about, I chose to write about an event that I witnessed fifty-five years ago during the Summer ROTC camp at Fort Benning, Ga.

One day our regular Army company commander—a Captain—had other duties. His replacement was a black Captain; this incident occurred years before “African American” became the correct description.

In our first company formation with the new Captain, all 200 white and Hispanic cadets stood at attention while he walked down the cadets’ line. Each time the Captain turned and faced a cadet, the Cadet saluted; the Captain returned the salute. People know that a junior officer salutes a superior.

All went according to the rules and regulations until the Captain faced the white Cadet on my left. The Cadet said he could not salute a black man. The Captain ordered a chair to be gotten out of our barracks to him.

“Now, Cadet, you salute the uniform and the power the uniform represents, not the individual who wears it. Without hesitation, the Cadet saluted the jacket draped over the chair. The Captain returned the salute, reached over and took his coat, and put it on. Then, he smartly moved on down the row.