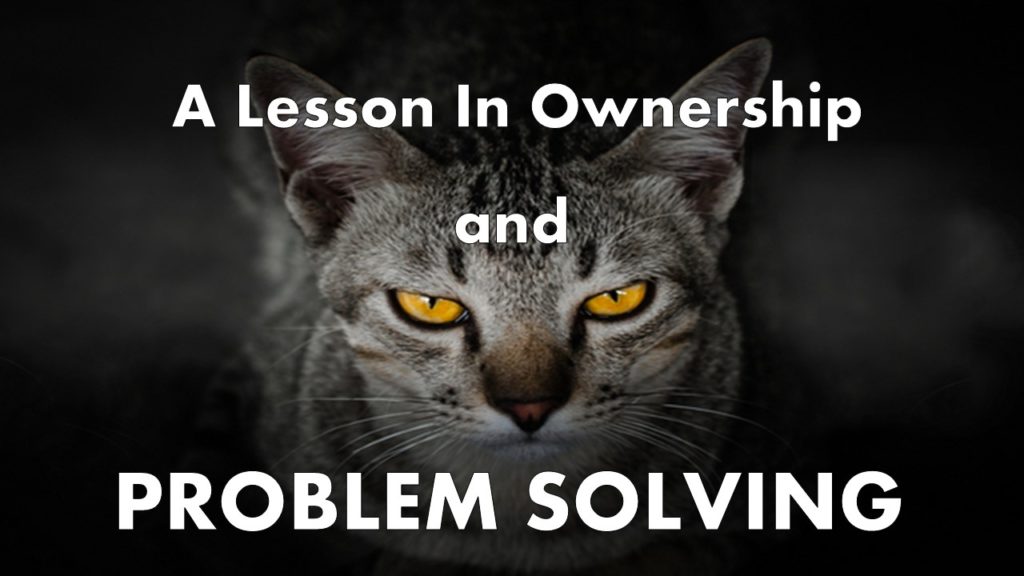 Children that love pets—especially cats—teach us powerful life lessons. Here’s a lesson in ownership taught me by the eight-year-old who lives across the street from me. Several years ago, this young girl said: “Mr. Wayne, have you seen the feral cat that is roaming in our neighborhood?” I replied, “No, I haven’t seen the feral cat.”

The next day, the young girl said: “Have you seen Shadow?” The feral cat that had become the feral black cat now had a name, Shadow. There is a progression here, right?

Several days later, as I was getting into my car, the neighbor came running across the street shouting “Please, Mr. Wayne doesn’t back out over, My cat.” For her, the feral cat had now become her cat. She had taken ownership.

Problem Stage 1: The issues are vague, random and often wild (feral) in form. But something is amiss or brewing.

Action: Your challenge is to get your hands around these non-defined, often unusual occurrences and mold them into some coherent form. Problems can’t stay feral or wild.

Problem Stage 2: The vague issues are described, and they will affect me.

Problem Stage 3. The problem has a name, and the potential payoff is defined.

Problem Stage 4. You realize that you must take ownership to resolve the problem.

Any problem that has the power to affect you is a problem that should have your name of ownership attached to it; look at the issue as an opportunity for exhibiting your problem-solving skills.