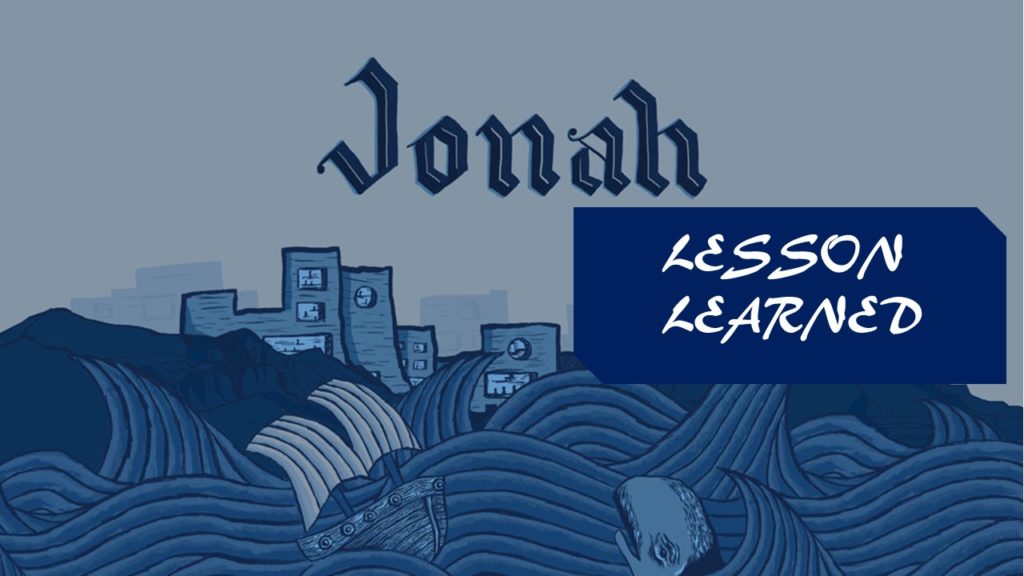 No matter the lesson, good or bad, you can learn something from it. Use the incident as a learning moment and apply it. But, what if there’s no learning lesson? There is always insight gained from any occurrence.

As I look back on my business career, I know I learned many excellent traits from positive and motivated managers. I also learned what not to do from the micro-managing narcissist boss. And, these negative lessons I experienced helped me avoid repeating the same negative, un-motivational strategies with those I managed or lead.

In the Old Testament is a story of a man who experienced a traumatic event and did not learn and apply the lesson. God commanded Jonah to go to Nineveh and announce God’s judgment against the city for the people’s sins. “However, Jonah got up to flee to Tarshish from the Lord’s presence. He went down to Joppa and found a ship going to Tarshish. He paid the fare and went down into it to go with them to Tarshish, from the Lord’s presence.” (Jonah 1:3, HCSB)

In his attempt to run from God, Jonah booked passage on a boat headed for Tarshish, the opposite direction God had instructed to go. Soon a violent storm arose, and the ship’s sailors became afraid the boat might be destroyed and their lives taken. “Come on!” the sailors said to each other. “Let’s cast lots. Then we’ll know who is to blame for this trouble we’re in.” “So they cast lots, and the lot singled out Jonah” (v. 7).

Having determined Jonah caused their problem, they threw him overboard where a great fish swallowed him. After some time, the Lord ordered the fish to spit up Jonah on the beach, and he did.

God again commands Jonah to go to Nineveh and deliver His message. So he does, and the Ninevites repent, and God delays judgment. Everyone, except for Jonah experienced joy in this act of repentance.

After expressing his displeasure with the outcome of his message, Jonah went out to the east of the city and waiting for something to happen. God had a leafy plant to grow so it could protect Jonah from the sun. The Lord then sent a worm to destroy the plant leaving Johan exposed to the hot sweltering heat. And Jonah complained.

In chapter 4, verses 9-10, “Then God asked Jonah “Is it right for you to be angry about the plant?” “Yes,” he replied. “It is right. I’m angry enough to die!  So the Lord said, “You cared about the plant, which you did not labor over and did not grow. It appeared in a night and perished in a night. 11 Should I not care about the great city of Nineveh, which has over 120,000 people who cannot distinguish between their right and their left, as well as many animals?”