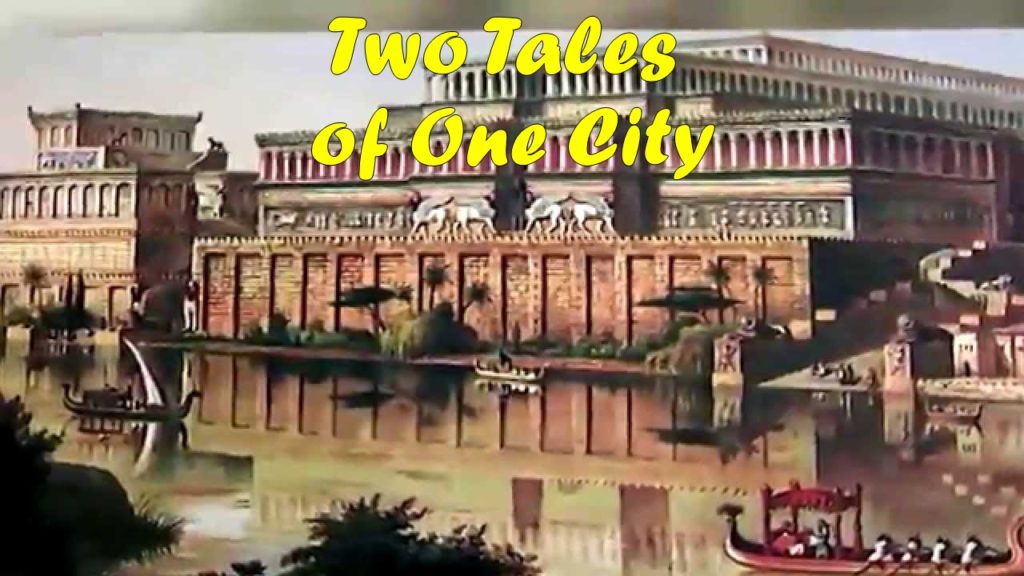 An Old Testament story by two great prophets Jonah and Nahum, set in Nineveh the capital of Assyria

The two tales tell of one city is a story of one of the world’s most wicked cities. The people were spared when Jonah who was sent by God to warn them of their wickedness and unless they repented they would be destroyed.

1 The word of the Lord came to Jonah, son of Amittai:

2 “Get up! Go to the great city of Nineveh and preach against it, because their wickedness has confronted Me.”

Backdrop. God sent Jonah to warn Nineveh that because of their wickedness they would be destroyed unless they repented. Jonah did not want to go to Nineveh and took a ship headed in the opposite direction. God intervenes, causes a storm, Jonah is thrown overboard and swallowed by a big fish. The fish deposits Jonah on dry land and he goes to Nineveh and preaches, and the Ninevites repent. (Jonah 3:5-10

Often repentance fades with time (cp. the Israelites leaving Israel and wanting to go back), and 150 years later God send a second prophet, Nahum, to tell the Ninevites because they had rejected the God they had accepted and returned to wicked ways they would suffer complete destruction.

God has warned American and still delays judgment. While there is time, Christians need to follow the directions of the king of Nineveh. 8b “everyone must call out earnestly to God. Each must turn from his evil ways and from the violence he is doing. 9 Who knows? God may turn and relent; He may turn from His burning anger so that we will not perish.

10 Then God saw their actions that they had turned from their evil ways; so God relented from the disaster He had threatened to do to them. And He did not do it.

The message of the Two Tales of One City shows a wicked nation (or individual) can repent and be spared and later if they rebel and return to their evil ways what God can do to them.