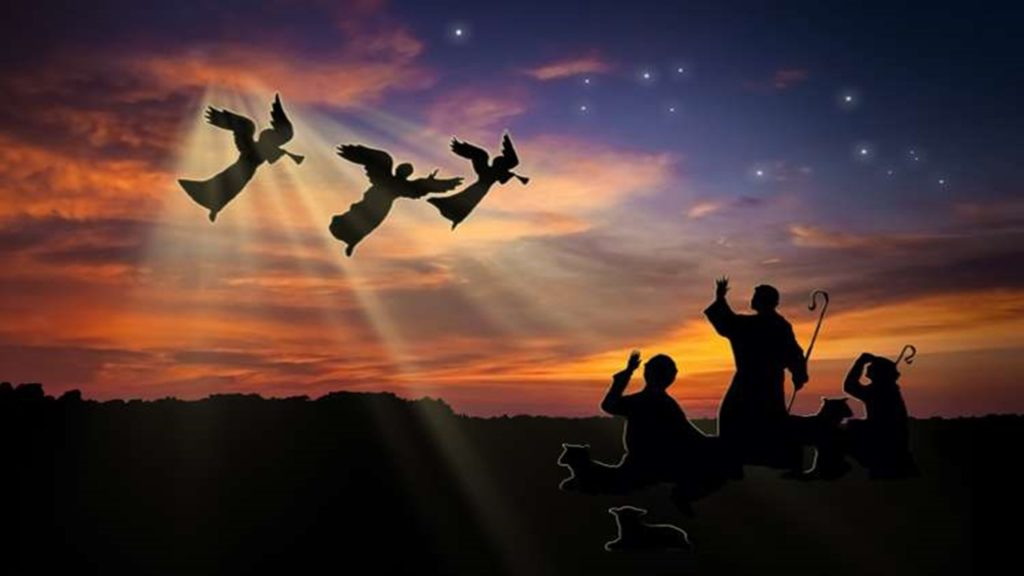 Over 2000 years ago Angels told the greatest story ever told.

8 In the same region, shepherds were staying out in the fields and keeping watch at night over their flock.

10 But the angel said to them, “Don’t be afraid, for look, I proclaim to you good news of great joy that will be for all the people:

WHEN, WHY, and WHERE?

11 today a Savior, who is Messiah the Lord, was born for you in the city of David.

12 This will be the sign for you: you will find a baby wrapped snugly in cloth and lying in a feeding trough.”

13 Suddenly there was a multitude of the heavenly host with the angel, praising God and saying:

14 Glory to God in the highest heaven, and peace on earth to people He favors!

15 When the angels had left them and returned to heaven, the shepherds said to one another, “Let’s go straight to Bethlehem and see what has happened, which the Lord has made known to us.”

16 They hurried off and found both Mary and Joseph, and the baby who was lying in the feeding trough.

Two thousand years later, you are a part of the greatest story.