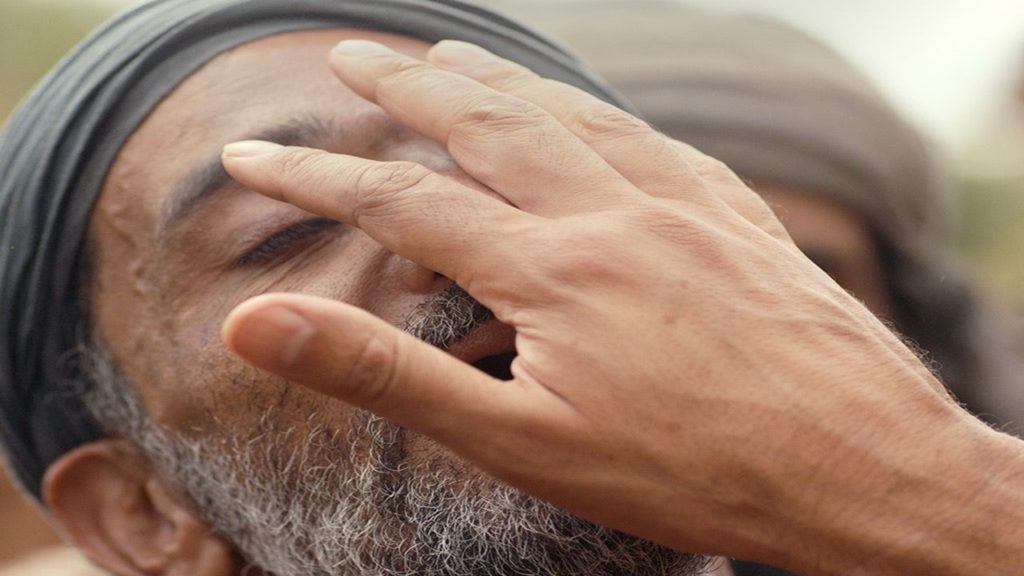 46 They came to Jericho. And as He was leaving Jericho with His disciples and a large crowd, Bartimaeus (the son of Timaeus), a blind beggar, was sitting by the road.

came to Jericho. Jericho was the first town Joshua captured when the Israelites went across the Jordan River into the Promised Land. Located 15 miles northeast of Jerusalem. The Jericho Road provides the background for the story of the Good Samaritan.

leaving Jericho. From here, Jesus would start up the steep and dangerous mountain road toward Jerusalem and His crucifixion. Significant point. Jesus will not pass this way again. Bartimaeus has one opportunity, to receive his sight. Sometimes the unsaved person will have only one opportunity to acknowledge Jesus Christ as Lord and Savior thus, giving him eternal sight.

47 When he heard that it was Jesus the Nazarene, he began to cry out, “Son of David, Jesus, have mercy on me!”

48 Many people told him to keep quiet, but he was crying out all the more, “Have mercy on me, Son of David!”

Many people told (kept demanding) him to keep quiet. It is Bartimaeus’ persistence that attracted Jesus’ invitation. In spite of the crowd’s attempt to silence him, Bartimaeus was determined to meet and be healed by Jesus. Bartimaeus wouldn’t be silenced. His need was too great, and his opportunity was now!

crying out all the more. The blind man wasn’t discouraged by the crowd. Bartimaeus was persistent!  (Compare Luke 18:1-8, Parable of the woman and the judge)

“Son of David.”  The blind man recognized Jesus as the man from whom he could expect a miracle. The crowd was spiritually blind in that they did not acknowledge Jesus as Messiah.

49 Jesus stopped and said, “Call him.” So they called the blind man and said to him, “Have courage! Get up; He’s calling for you.”

Call him. Jesus calls out to one man, a poor blind beggar, at a time when the Son of God will shortly endure the humiliation of the cross.

He’s calling for you. Jesus called out to both crowds and individuals. Upon hearing Jesus’ call, we must respond immediately.

50 He threw off his coat, jumped up, and came to Jesus.

“What do you want Me to do for you?” Jesus knew the answer. In answering the question, Bartimaeus proved he knew Jesus had the power to meet his need. Jesus will meet your needs but, not necessarily your wants. We should want little and be grateful that God meets our needs.

“I want to see!” See he did. Believers need to be focused and specific in prayer requests. Do you want to “see?”

52 “Go your way,” Jesus told him. “Your faith has healed you.” Immediately he could see and began to follow Him on the road.

“Go your way.” Jesus did not tell Bartimaeus to follow Him. Jesus didn’t ask Bartimaeus to go and show himself to the religious leaders. He was free to go where he pleased.

“Your faith has healed you.“  Cause and effect. Mark records a more important cause and effect principle when he quotes Jesus, in 16:16, “He who has believed and has been baptized shall be saved, but he who has disbelieved shall be condemned.” Bartimaeus’ faith was in Jesus’ ability to heal him.

Immediately he could see. The first thing the formerly blind man saw was Jesus. Bartimaeus asked and received mercy (compassion) and healing (his eyesight restored). The last healing miracle recorded by Mark.

Overcoming the crowd’s opposition, coming to Jesus with a specific need, having faith, and showing gratitude by following Jesus sum up the story of Blind Bartimaeus and provides an outline for solving our problems today.