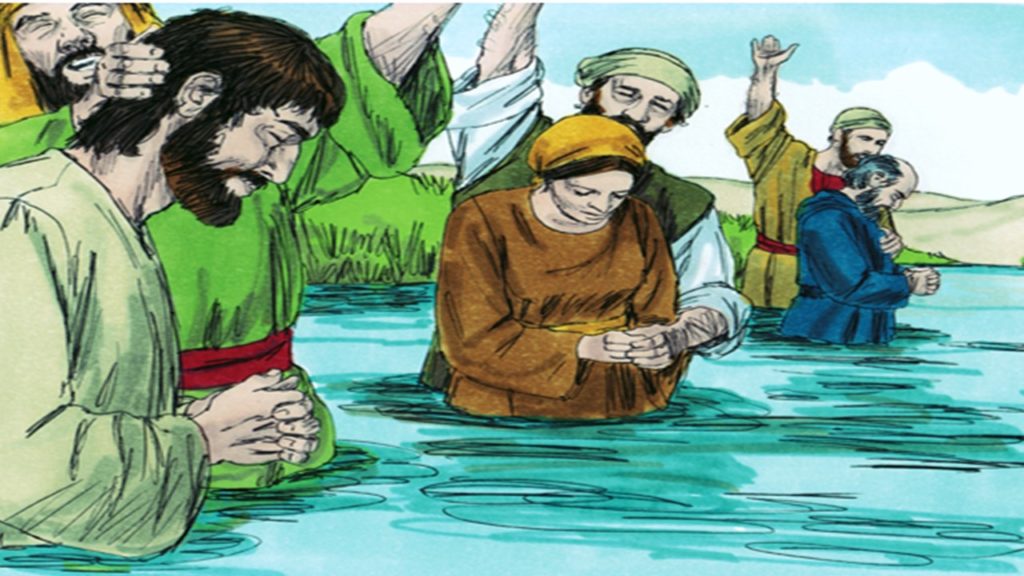 There were no deferred baptisms in the N.T. church. Upon confessing Jesus as Lord and Savior, they were baptized. “So those who accepted his message were baptized, and that day about 3,000 people were added to them.” (v. 41)

The immediate baptism was an outward sign of repentance and forgiveness of sin. Forgiveness is through faith in Christ, not the act of baptism.

Another example of a one-two sequence of salvation followed by baptism is in the book of Acts in the story of Philip and the Ethiopian eunuch. Philip shared the Gospel with the man and, “As they were traveling down the road, they came to some water. The eunuch said, ‘Look, there’s water! What would keep me from being baptized?’” And Philip said, “If you believe with all your heart, you may.” And he replied, “I believe that Jesus Christ is the Son of God.” Then he ordered the chariot to stop, and both Philip and the eunuch went down into the water, and he baptized him.

Today, many people who confess Jesus as Lord and Savior prefers to delay their baptism. Putting baptism off to a later time is a failure of the modern Church to get the new believers total commitment. A delayed baptism is a missed opportunity.