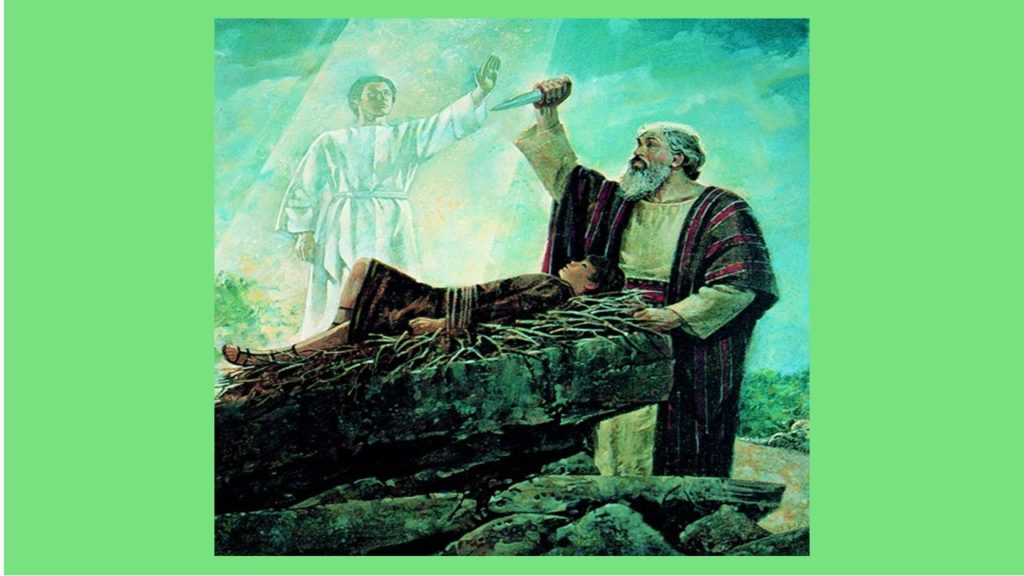 For many people, the word “test” raises a red flag. This may result from memories of failed tests, the fear of failing and being unprepared. If you, like most people, don’t seek moments of testing.

God often tests people in a moment of time; a moment that had not or will not occur again. There is the moment God tested Blind Bartimaeus, the invalid by the pool of Bethesda, the Rich Young Ruler, the woman with the issue of blood, Peter and many more.

In this article, I will write about two critical tests: Abraham and you.

The story of Abraham’s test is in Genesis 22. God directed Abraham to take his only son, Isaac to go to the region of Moriah. There he was to sacrifice him as a burning offering to God.

Verses 3–5 tell of Abraham and Isaac’s trip to carry out God’s instructions.

Arriving, Abraham took the wood for the burnt offering and placed it on his son Isaac, and he himself carried the fire and the knife. As the two of them went on together, Isaac spoke up and said to his father Abraham, “Father?” “Yes, my son?” Abraham replied. “The fire and wood are here,” Isaac said, “but where is the lamb for the burnt offering?” (vss. 6, 7).

Abraham did not look at this occasion as a testing moment or an act of faithfulness. He had faith in God. Abraham answered, “God himself will provide the lamb for the burnt offering, my son.” And the two of them went on together.” (v. 8).

When they reached the place God had told him about, Abraham did three things: 1 built an altar and arranged the wood on it, 2. He bound his son Isaac and laid him on the altar, on top of the wood, 3. he reached out his hand and took the knife to slay his son.

At this moment, Abraham passed the test. The angel of the Lord spoke to Him and said,

12 “Do not lay a hand on the boy,” he said. “Do not do anything to him. Now I know that you fear God because you have not withheld from me your son, your only son.”

13 Abraham looked up and there in a thicket he saw a ram caught by its horns. He went over and took the ram and sacrificed it as a burnt offering instead of his son.

14 So Abraham called that place The LORD Will Provide. And to this day it is said, “On the mountain of the LORD it will be provided.”

Whatever mountain (valley) you occupy, you have God’s word He will, at the right moment, provide.

Paulo Coelho summed up this thought when he wrote, “Life was always a matter of waiting for the right moment to act.” Wait on God, He provides.