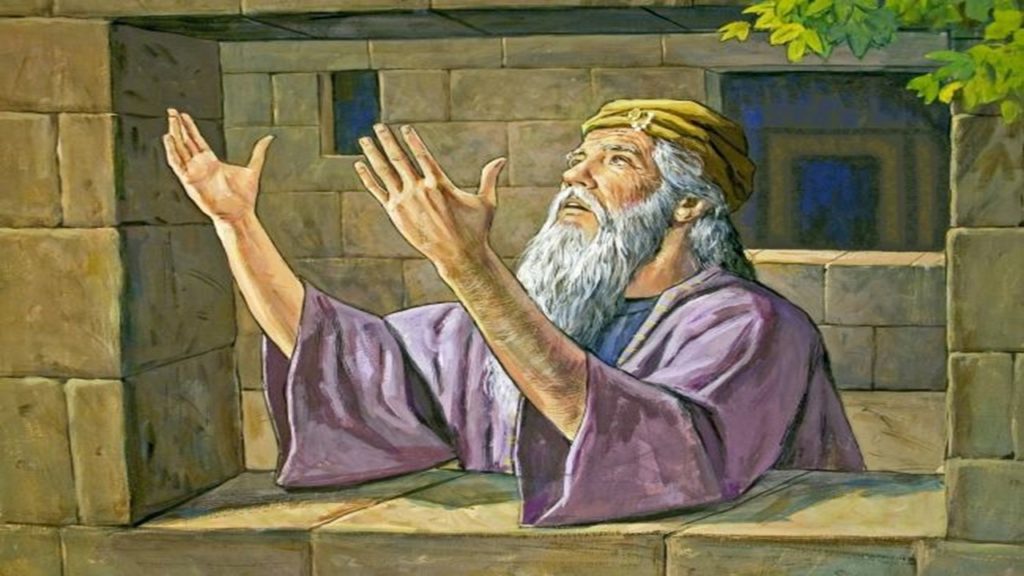 Amid adversity what causes you to stay faithful to God? Is it because you know you belong to a God who is faithful or is because you believe you have no other hope or choice. Perhaps, if we knew the truth, it’s a little of both.

A Christian, when faced with sin, can do just as they have done before. React the way they did before they were saved or react only as other followers of Jesus.

When the children of Israel faced adversity (the Red Sea), they proposed to return to Egypt and again become slaves just as they had done before. The Promised Land lay ahead; Slavery awaited back in Egypt. God intervened.

Daniel’s elevated position, being an exile, and a favorite of the King caused jealousy among the other administrators. They connived to destroy Daniel. They planned to play on King Darius’s ego and have him sign a declaration declaring

“So the administrators and satraps went together to the king and said to him, “May King Darius live forever. 7 All the administrators of the kingdom, the prefects, satraps, advisers, and governors have agreed that the king should establish an ordinance and enforce an edict that for 30 days, anyone who petitions any god or man except you, the king, will be thrown into the lions’ den. 8 Therefore, Your Majesty, establish the edict and sign the document so that, as a law of the Medes and Persians, it is irrevocable and cannot be changed.” 9 So King Darius signed the document.” (Daniel 6:6-9)

Daniel heard of the proclamation and knew the penalty for disobedience. In the adverse situation, the Bible says, 10 When Daniel learned that the King signed the document, he went into his house. The windows in its upper room opened toward Jerusalem, and three times a day he got down on his knees, prayed, and gave thanks to his God, just as he had done before.

If you do what you have done before, what is your reaction to adversity?