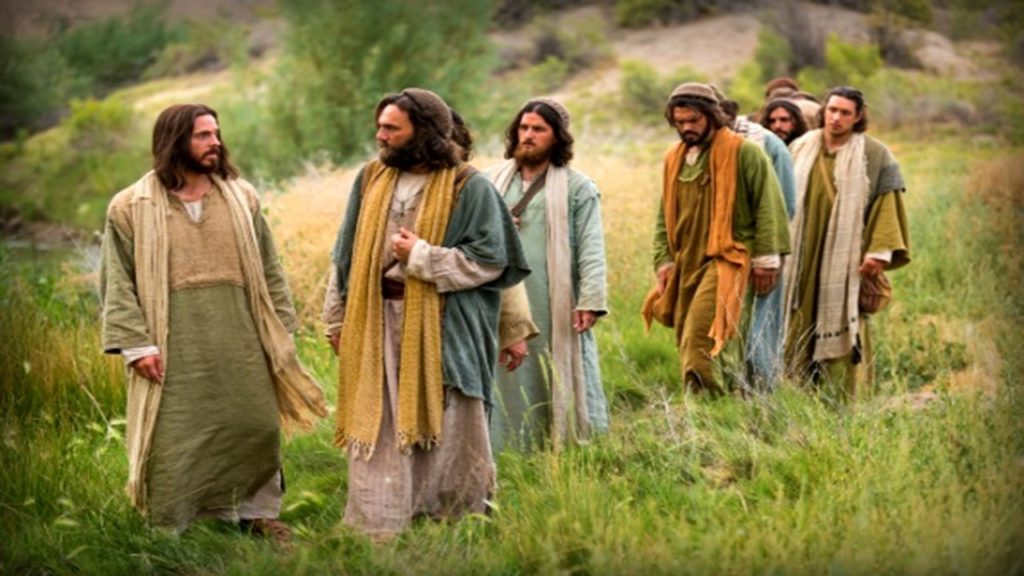 Mark 4:1, 2 [August 1, 2018] Last week the lesson was on the first of the two keys to developing leaders: Select and Model. This week’s reading includes: Train, Test, and providing Feedback.

Jesus’ recruits (disciples), though not religious scholars, had knowledge of The Law. Often Jews memorized large sections of the Law but failed to implement what they knew. Jesus identified the key to leadership is not sharing knowledge but testing the team to get the results desired. From the beginning, Jesus called his disciples to commitment; they must teach, preach and reach the lost.

The Old Testament prophet, Isaiah (the “St. Paul of the Old Testament) wrote over 700 years before Paul, “How beautiful on the mountains are the feet of the messenger who brings good news, the good news of peace and salvation, the news that the God of Israel reigns” (Isaiah 52:7)!

Salvation proceeds discipleship, but often, as it should be, the focus is on the first, and little attention is given to the latter. The spiritual growth and development of people is the church’s most visible failure. Believers can’t share what they know unless they’re trained.

Jesus thought it necessary that He mentored the 12 Disciples to achieve His goals.

1 Again He began to teach by the sea, and a huge crowd gathered around Him. So He got into a boat on the sea and sat down, while the whole crowd was on the shore facing the sea.

2 He taught them many things in parables, and in His teaching, He said to them:

3 Jesus used face-to-face communications with His disciples. Jesus spent more time with people and less with things. His goal was continuing improvement and transformation.

Jesus began with a clear, specific, truthful goal, “I have come to seek and save the lost” (John 10:10). Jesus is in the people business, specifically saving people. He made sure all the members of His team understood the goal. He defined victory. People who want to be fruitful disciples should do at least five things very well:

Robert Kiyosaki in “Rich Brother Rich Sister,  “Many people prefer to hang on to something familiar, rather than let go and let God take them to their next destination.” The next destination is a period of testing.

This step is the opportunity for the disciple team to gain experience and grow. It is also is the key to improvements in commitment and performance. There is no substitute for personal experience when it comes to discipleship. Jesus instructed the Twelve and sent them out into the world.

7 He summoned the Twelve and began to send them out in pairs and gave them authority over unclean spirits.

8 He instructed them to take nothing for the road except a walking stick: no bread, no traveling bag, and no money in their belts.

9 They were to wear sandals, but not put on an extra shirt.

10 Then He said to them, “Whenever you enter a house, stay there until you leave that place.

11 If any place does not welcome you and people refuse to listen to you, when you leave there, shake the dust off your feet as a testimony against them.”

12 So they went out and preached that people should repent.

Paul writes in Acts 1:8, quotes Jesus, “but you shall receive power when the Holy Spirit has come upon you, and you shall be My witnesses both in Jerusalem, and in all Judea and Samaria, and even to the remotest part of the earth.” Henry Ford said, “Nothing is particularly hard if you divide it into small steps.

Jesus listens to the outcome of the disciple’s actions. He critiqued to improve their performance and reassure them of the great work they had undertaken. Jesus followed up to ensure team implemented the plan and remained focused on what’s important: the Gospel.

No Christian, following Jesus’ direction, is ever a failure. You may fail on occasions, but you are not a failure.  Learn from any mistakes, and move on to the next God-opportunity.

People improve best when they have progress encouragement and evaluation. That’s why there are line markers on the football field and a scoring system. To maximize productivity, people need feedback.