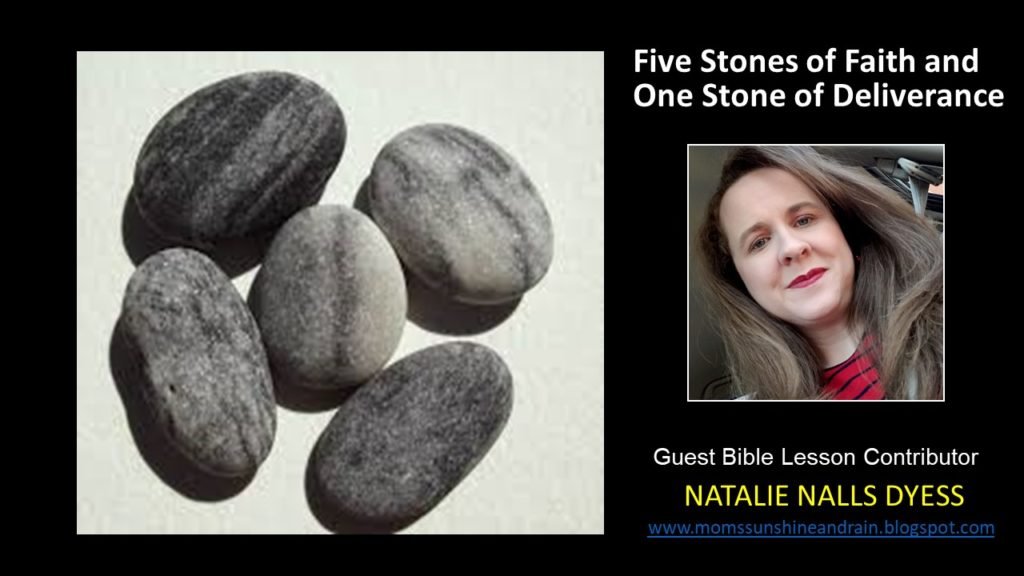 July 11, 2018, I was drawn to the story of David and Goliath in 1 Samuel Chapter 17. It is one of those stories I heard very often in the church as a child. The exciting thing about the Bible stories we tell children is we often leave out some of the essential details. Even in reading the passage as an adult I missed something I seemed to see in a different light the other day. In the account in 1 Samuel you have the story of the young shepherd boy, David, being sent to check on his brothers who are fighting with Saul against the Philistines. As he draws near to the conflict, he realizes there isn’t really any fighting going on as much as the Israelites cowering from the giant Goliath. You have two armies facing each other but nothing much getting done because there is a Giant taunting the Israelites to come out and meet him and there doesn’t seem to be anyone brave enough to answer the challenge.

As David assesses the situation, he realizes that the Philistines cannot continue to defy God and he offers to kill the giant. Now, here is a young man that is probably in his teens offering to do what an army of much older, bigger, and stronger men are not willing to do. King Saul decides to let this boy go forward and face the giant. He tries to arm him with armor, but David has trouble moving with the extra weight and the unfamiliarity of the battle gear. So, he goes to a stream and picks up five smooth stones. This is what caught my attention!

Here is a young man facing a giant with his peoples’ fate in his hands not to mention his own life and he chooses five stones. It is not that he only chose five that amazed me but that he chose so many. This young man felt assured he would be able to not only get one shot off but a few more at least. Facing a giant, he was not as big as or battle worn as he had faith he would live long enough to get off five shots. Consider how a sling had to be used. You had to be able to stand still long enough to get the momentum going to sling it, and you had to be able to aim as well. This isn’t a weapon you can just operate while in motion. He had faith in God that he would have enough time and stamina to get off five shots to bring down the giant.

What happens next in the story as you read it is all the more wondrous, “48 As the Philistine moved closer to attack him, David ran quickly toward the battle line to meet him. 49 Reaching into his bag and taking out a stone, he slung it and struck the Philistine on the forehead. The stone sank into his forehead, and he fell facedown on the ground. 50 So David triumphed over the Philistine with a sling and a stone; without a sword in his hand he struck down the Philistine and killed him.”

It was the first stone he drew out that killed the giant! He didn’t need the remaining four. The faith of the five stones brought the deliverance of one stone. David knew God would handle the giant, all he had to do was to be faithful in answering the call. How many times in our lives do we cower from the giant or ramp up ourselves with all kinds of firepower to take it down? Maybe sometimes we have to learn that if we gave the battle to God instead of our own plans, we would be more victorious in our lives. Whether it is five stones or fives loaves of bread, God is able to do far more than we can plan for or think of if we trust in Him.

I am sure that day long ago when David went to the stream to pick up his stones, he knew that the biggest giant that had to be conquered was a lack of faith. It is not those giants we see before us that lie between us and our victory, but the ones we create that hold us back. On that day long ago David learned that five stones of faith cleared the way for the one stone of deliverance.