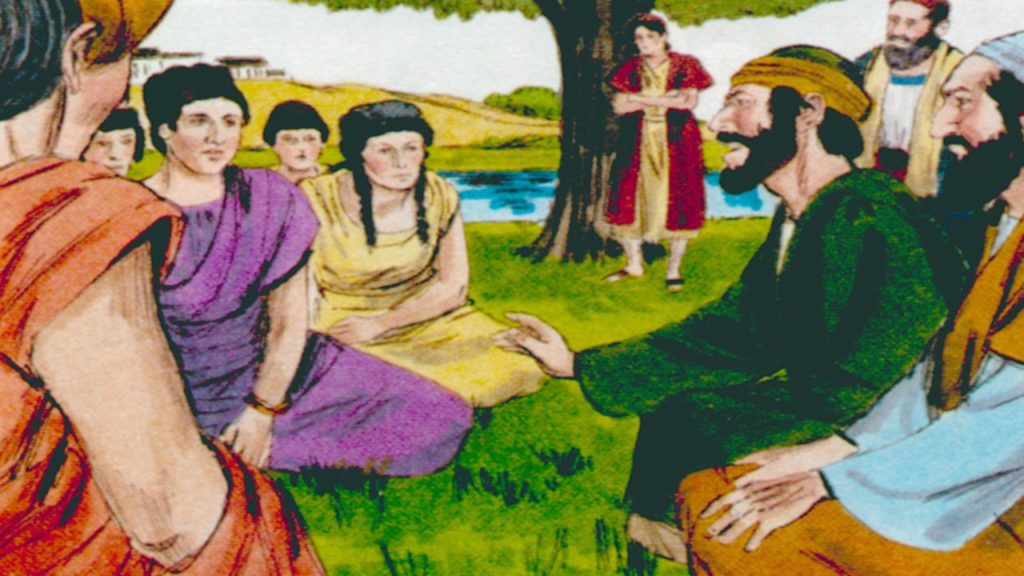 I have studied Paul’s life and his missionary trips and conclude that he was aware of Alexander the Great and his strategy and zeal for spreading Hellenistic culture. Paul battled for Christ, and his enthusiasm for the gospel has paid off greater than Alexander’s, though Alexander never lost a battle. Alexander’s success was temporal, Paul’s eternal.

It is unique that one night while in Troas, in a dream the apostle Paul saw a man calling him to Macedonia. Had Paul gone to bed that night with thoughts of continuing to spread the good news just as Alexander spread Hellenistic culture? If so, the man calling Paul to Macedonia could be the symbol of Alexander.

9 During the night a vision appeared to Paul: a Macedonian man was standing and pleading with him, “Cross over to Macedonia and help us!”

10 After he had seen the vision, we immediately made efforts to set out for Macedonia, concluding that God had called us to evangelize them.

Upon arriving in Philippi, Paul, Luke, and Silas did not find a Synagogue in the city. The requirement of a minimal of 10 adult men to constitute a Synagogue shows a significant obstacle to Paul’s work; he usually went into a town and into the Synagogue to preach.

Paul, in his dream, was called by a man to come to Macedonia and yet it was a woman, Lydia, a Gentile who worshiped as a Jew and other women who were meeting and praying, not a man.

13 On the Sabbath day, we went outside the city gate by the river, where we thought there was a place of prayer. We sat down and spoke to the women gathered there.

14 A woman named Lydia, a dealer in purple cloth from the city of Thyatira, who worshiped God, was listening. The Lord opened her heart to pay attention to what was spoken by Paul.

15 After she and her household were baptized, she urged us, “If you consider me a believer in the Lord, come and stay at my house.” And she persuaded us.

What little we know about Lydia tells us a whole lot about Lydia. This virtuous woman:

Paul departed Philippi, but he left his mark on the city named after Alexander’s father, King Philip II. As you read the sixteenth chapter of Acts (takes about 4 to 5 minutes), experience the power of Christianity to touch people of all classes. Lydia represents the upper class, the slave girl from the lower class, and the jailer symbolizes the middle class, he was a government worker.

A last thought, a quote from Alexander the Great made famous. “There is nothing impossible to him who will try.” What will you attempt for God today?